A Beginners Guide To The Perfect Cup Of Coffee | Lincoln & York

If you’ve ever found yourself in a coffee shop overcome with an overwhelming sense of inadequacy, it’s fine, you’re not alone. There are plenty of novices out there.

Upon entering a coffee establishment, it can be intimidating to be presented with a plethora of coffee drink possibilities, especially if you’re considering an attempt to pronounce something off the menu (latte macchiato anyone?), with the coffee connoisseurs looking on.

Yet, because of the continuous rise in the popularity of coffee (with over 3.5bn cups sold a year!), even if you’re not a coffee drinker, you can no longer hide from it. One way or another, you’re going to have to brush up on the current coffee climate and its dominance.

To lend a helping hand, and to ease you in to your coffee adventure, we’ve created a beginners guide to the perfect cup of coffee.

This guide outlines the different coffees you may come across, as well as the suggested servings for the perfect cup.

Latte is an English interpretation of the Italian caffè latte which means ‘coffee milk’. It’s made up of a single shot of espresso and plenty of steamed milk. It is often served in a taller cup or glass, and poured so that a foamed layer of milk settles on-top. The milk volume helps control the flavour of the coffee, so it appears not as strong, making it ideal for entry level coffee drinkers. 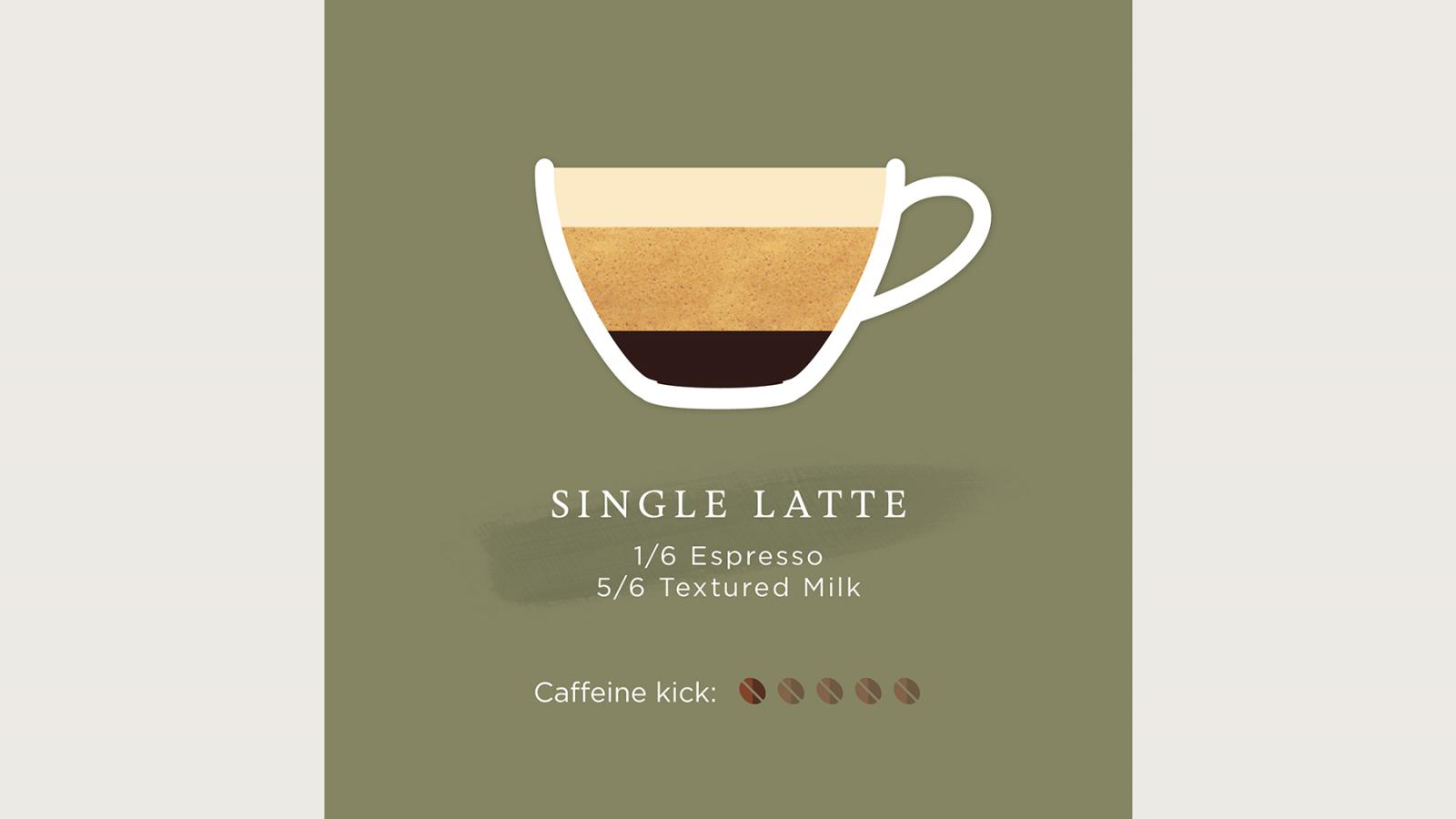 The cappuccino requires milk to be ‘frothed’, using a technique with the steam to create twice the volume of milk you began with. The ‘microfoam’ milk is then poured directly over a single espresso and served in an average coffee cup. You may see it being dusted with cocoa, for a little extra sweetness. The cappuccino is a popular choice amongst many coffee enthusiasts as the coffee taste is more prevalent than in a latte. 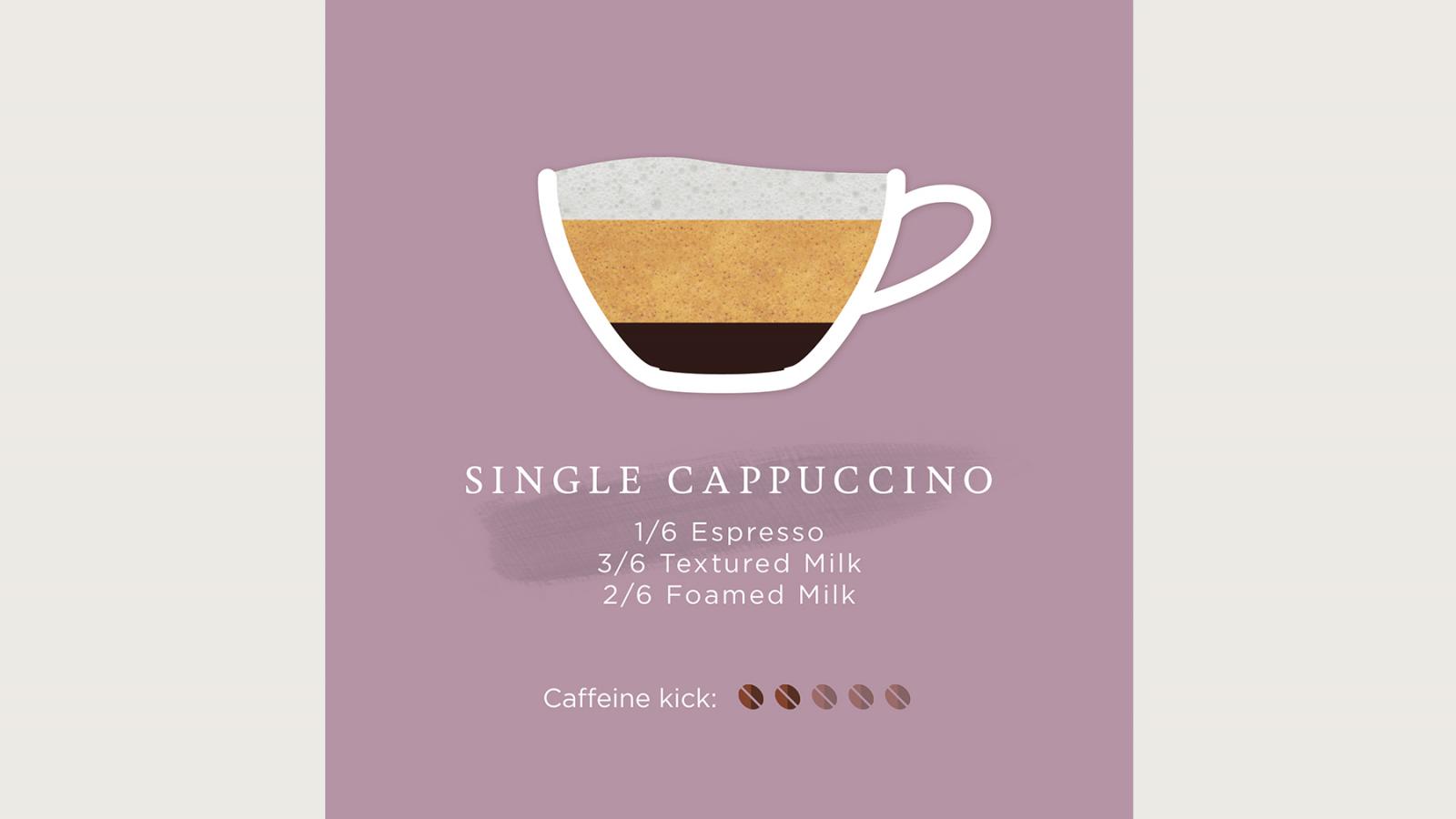 For a flat white, a double shot of espresso is combined with foamed milk. This time, milk is freely poured in with the espresso, creating a consistent, velvety texture throughout – unlike a latte. Also unlike a latte, the flat white is served in a shallow cup with a lot less milk. This is a coffee drink that amateurs should work towards, once the taste buds are adapted and the coffee cravings have heightened. 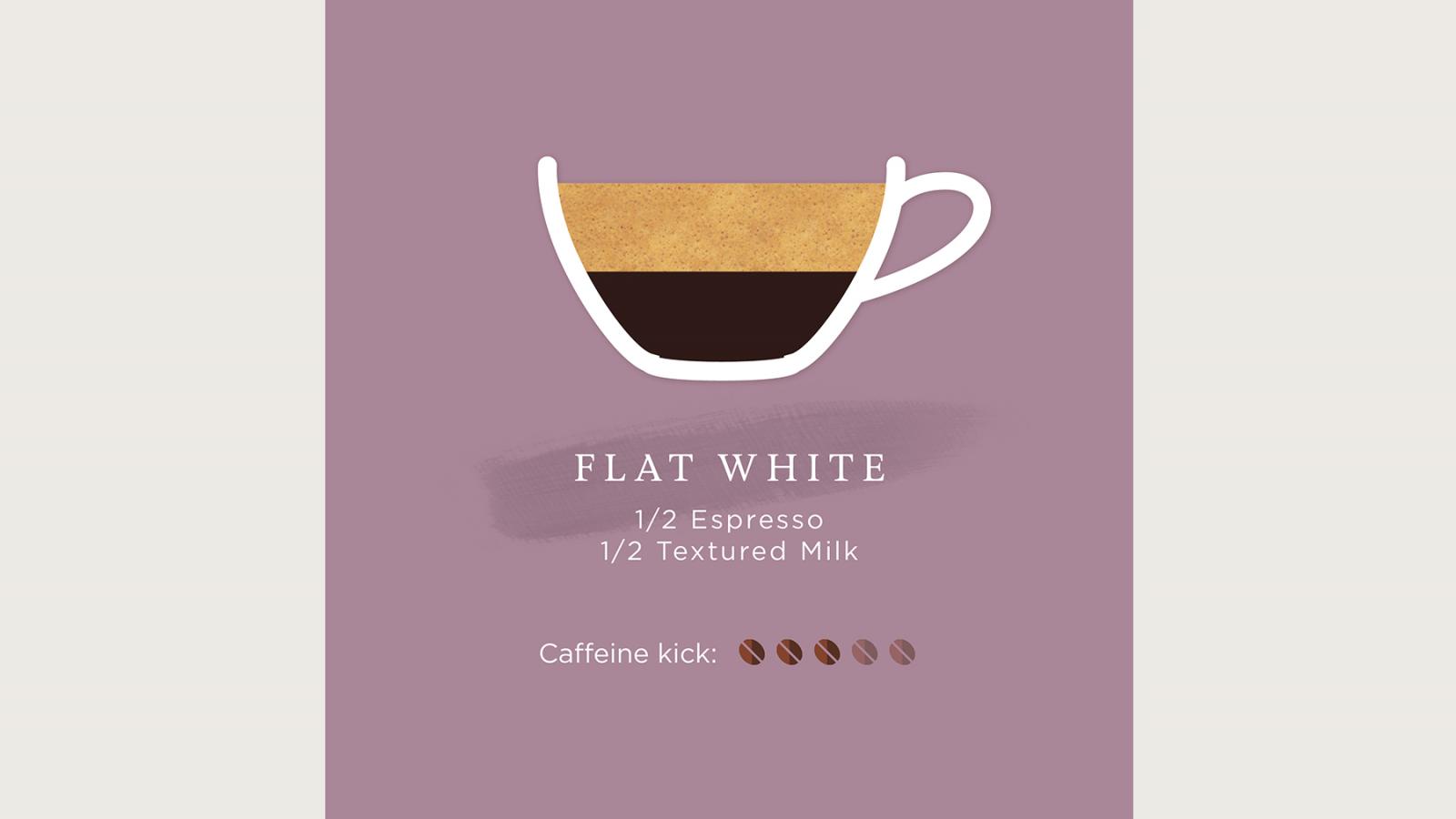 The term `cortado’ translates to ‘cut’, in Spanish and Portuguese. A single espresso is cut with a shot of steamed milk, to create this coffee beverage. It bears little, if any, froth and is served in a small glass. Beware, this is a slightly more grown-up coffee which is inherently strong. 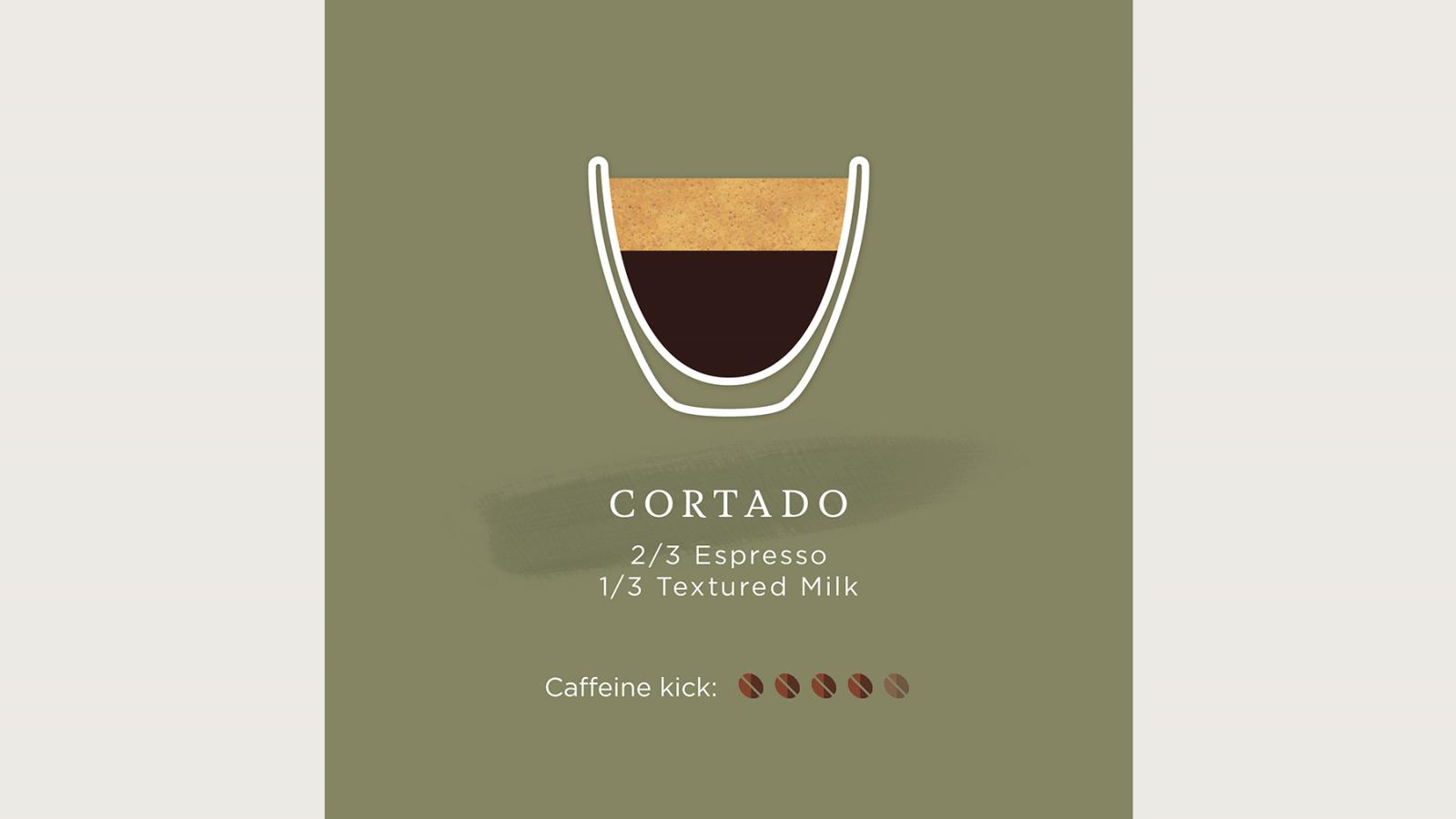 Similar to the cortado, a macchiato is a coffee drink designed for true coffee enthusiasts. Again, a single espresso is present, this time with a spot of milk. In fact, the word macchiato actually means ‘spotted’ in Italian, whilst in Portugal it is referred to as ‘cafe pingado’ translating to  ‘coffee with a drop’, giving you an idea of the milk levels involved here. The lack of milk allows the coffee flavour profile to truly shine. 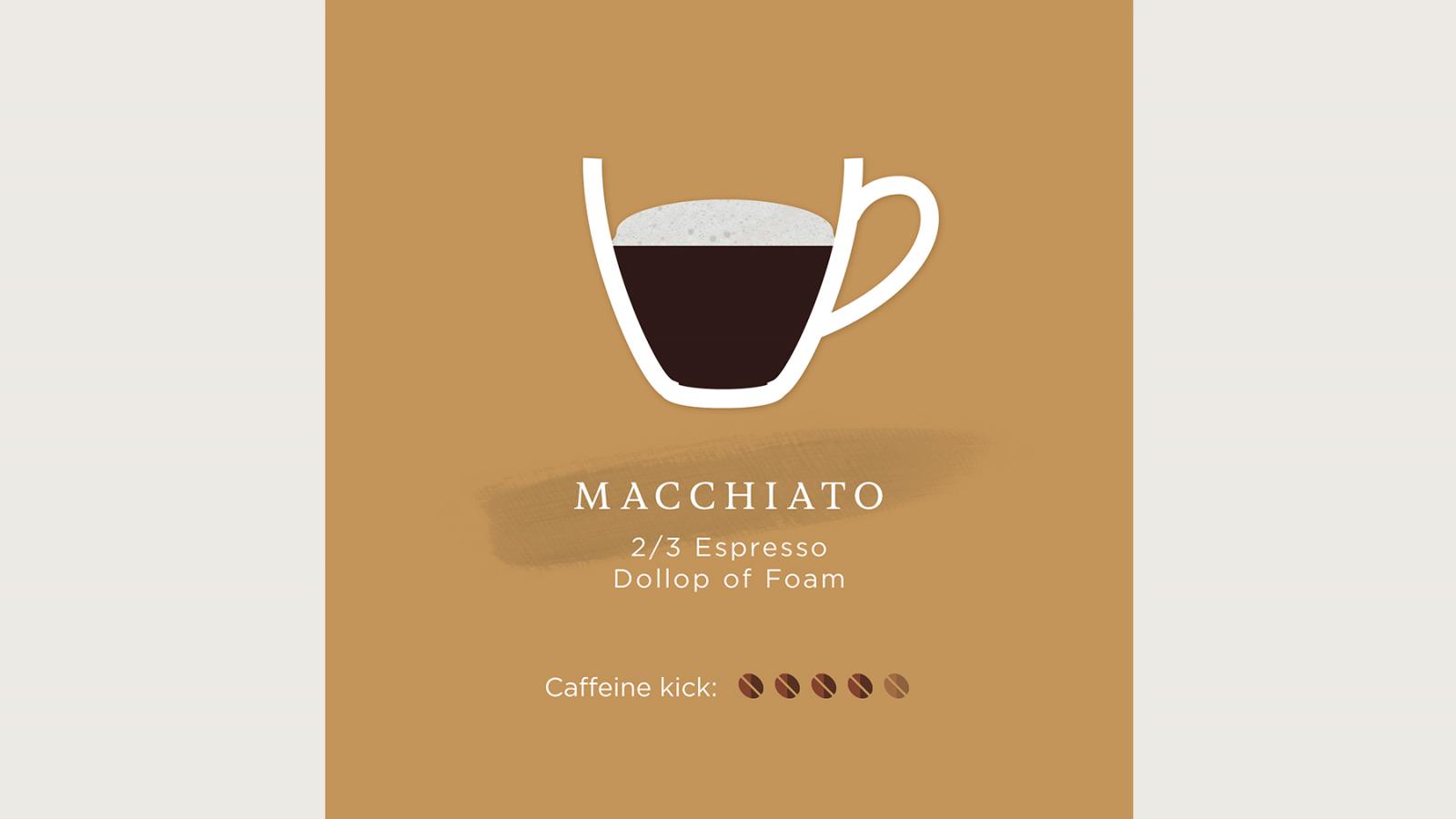 Typically, an Americano is hot water topped with an Espresso. It has a very distinct flavour profile and promotes the natural qualities of the coffee taste and aroma. The strength of an Americano is solely down to the amount of espresso shots and water added afterwards. All in all, it’s a strong coffee offering. 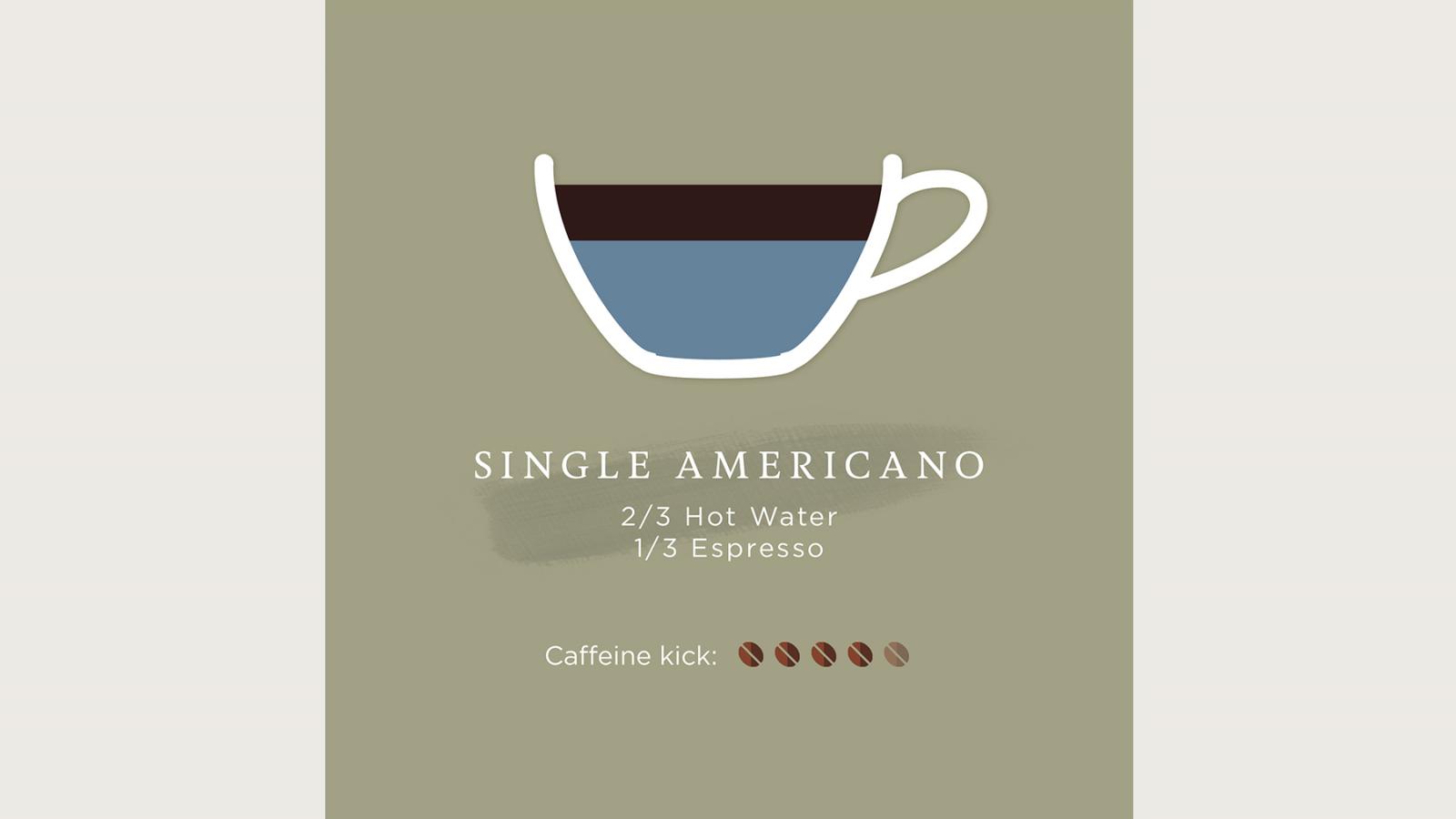 Picture the espresso as the emperor of all specialty coffee. Not only is it at the basis of the majority of coffees you see on a coffee menu, but it is also a beverage in its own right. An Espresso is a coffee drink in its purest form. Nothing is added, or taken away – it’s simply a strong, black coffee made by forcing high pressures of steam through ground coffee beans to create a high concentration of caffeine. 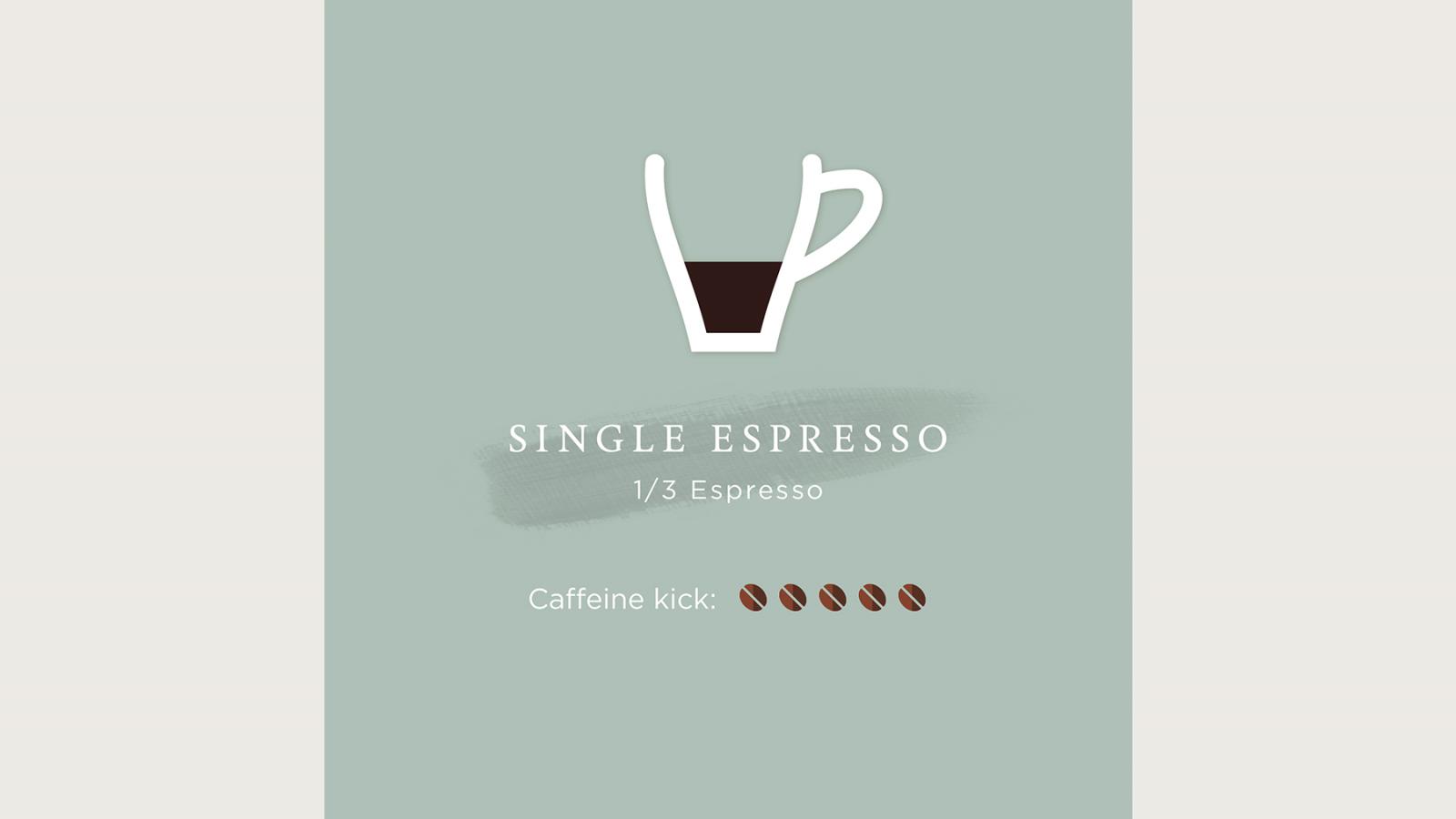 The perfect cup of coffee

Arguably, the perfect cup of coffee doesn’t exist – it’s all a matter of individual preference and taste! That’s probably the reason coffee drinks are so diverse.

Personal preferences can be influenced by the origin or blend of the coffee. One farmer’s methods of harvesting, drying and processing could differ from the next, ultimately impacting on the final make-up of a particular coffee.