Instant coffee was created out of convenience, hence why it proved popular in ration packs for soldiers in both WWI and WWII. Troops from around the world benefited from that instant caffeine hit, once hot water was added to the granules.

Of course, there was no need to evolve it or look for an alternative because nobody questioned it, and everybody loved it! So, it wasn’t until after the war that we began to see new methods, such as ‘freeze-drying’, to produce results of a higher-quality product with a better taste. 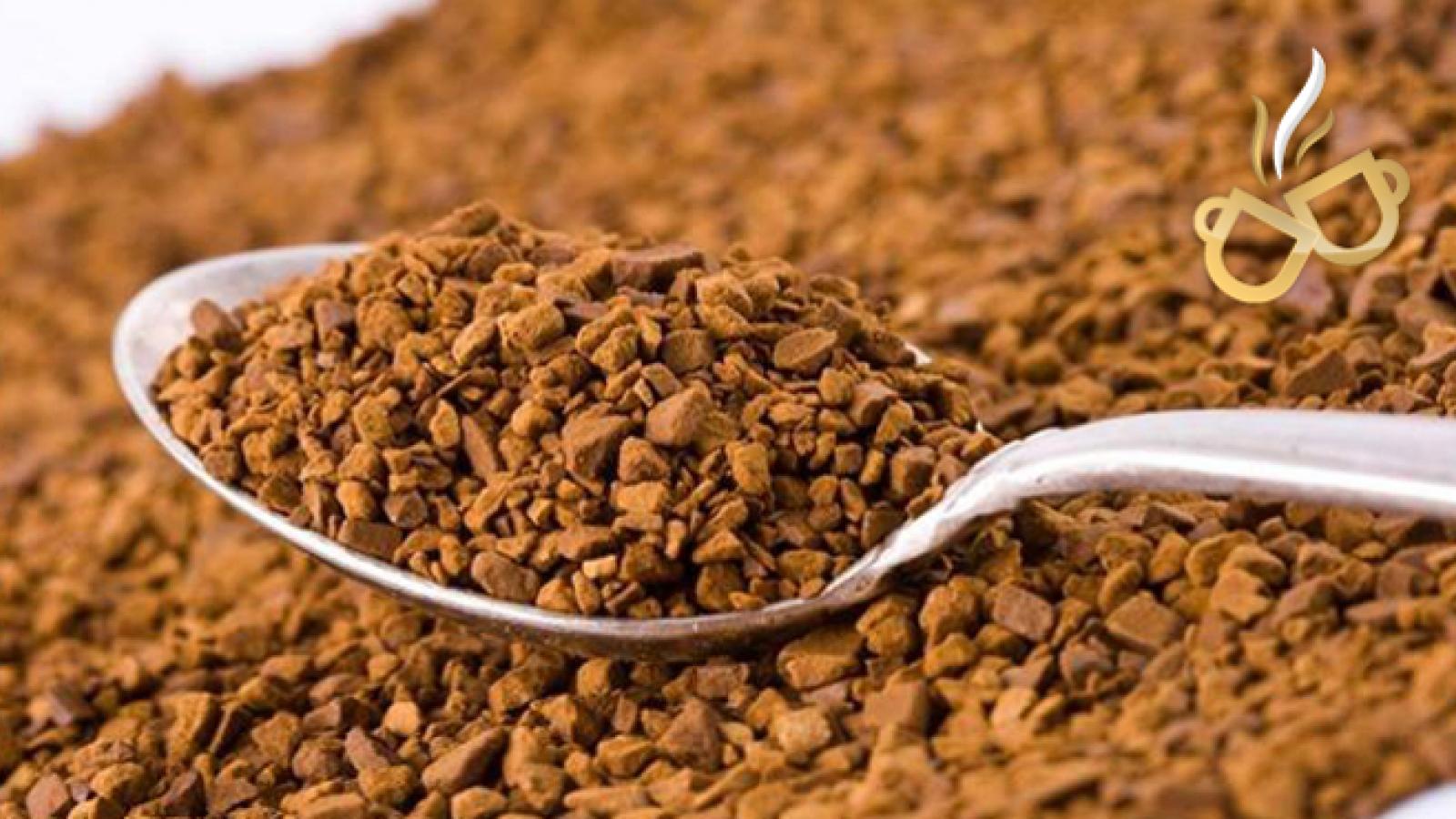 Nowadays, culture trends, especially those manufactured by the millennials, expect both premium product and convenience. To accommodate the demand, we have seen how technology has played a prominent role.

New machinery and dispensary techniques have made coffee consumption considerably quicker, resulting in the rapid rise of coffee ‘on-the-go’, or coffee ‘at home’, products. Moreover, the advancements in media, through advertising and social networks, has also helped to accelerate the coffee industry to a whole new level. 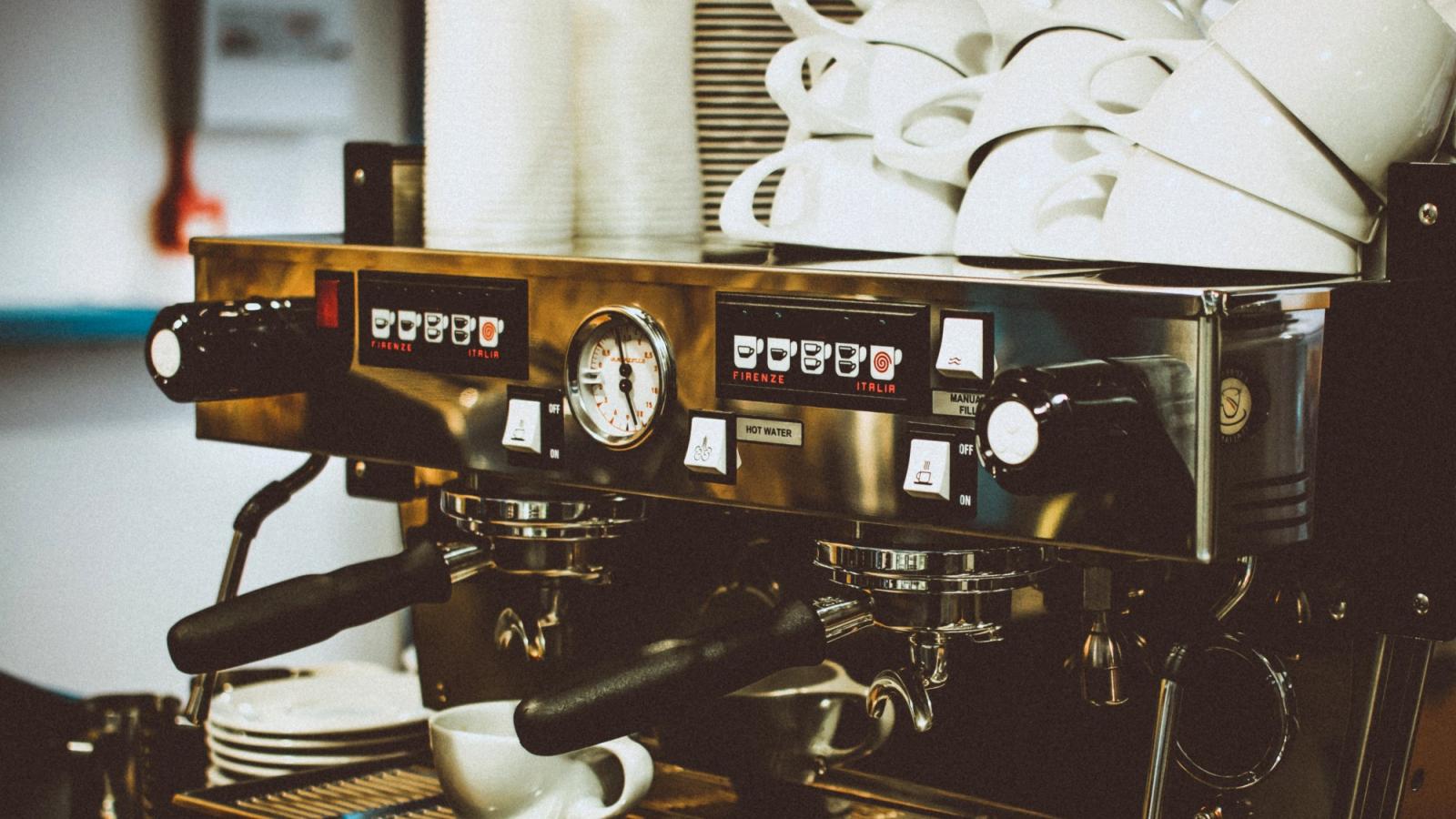 All of a sudden, coffee brands were striving to become trendy. Trendy like alcoholic beverage brands became through sponsorship and merchandising. Trendy like how we’ve seen craft beers sweep the nation, adopting an army of loyal followers. As a result of such trends, coffee innovators began experimenting.

By introducing new brewing methods, creative flavour combinations and promoting coffee in an entirely new format, coffee became somewhat more glamorous than the instant kind served in a trench. The coffee connoisseurs are all competing to hit the next new trend. And this is where instant coffee could get left behind.

Our taste buds are becoming more sophisticated and therefore more expectant of flavours and textures. Our social behaviour demands more coffee offerings from a wider range of places. This is supported by the fact that the UK grew by an additional 425 coffee outlets in 2017 alone, resulting in a fleet of pubs, bars, hotels and retail chains becoming common ground for quality coffee, creating new social hubs in the process.

Although this is exciting for the coffee industry, the aspect which evolves the coffee market the furthest, in the quickest amount of time, is when technology and experience meets innovation and originality.

We have seen the success of both coffee pods and ground coffee and how they’ve maximised convenience and flavour. However, we questioned whether we could create an even more convenient way of consuming coffee whilst delivering the quality taste we’ve come to expect, especially after we saw a rise in the demand for people wanting coffee shop style beverages but at home. 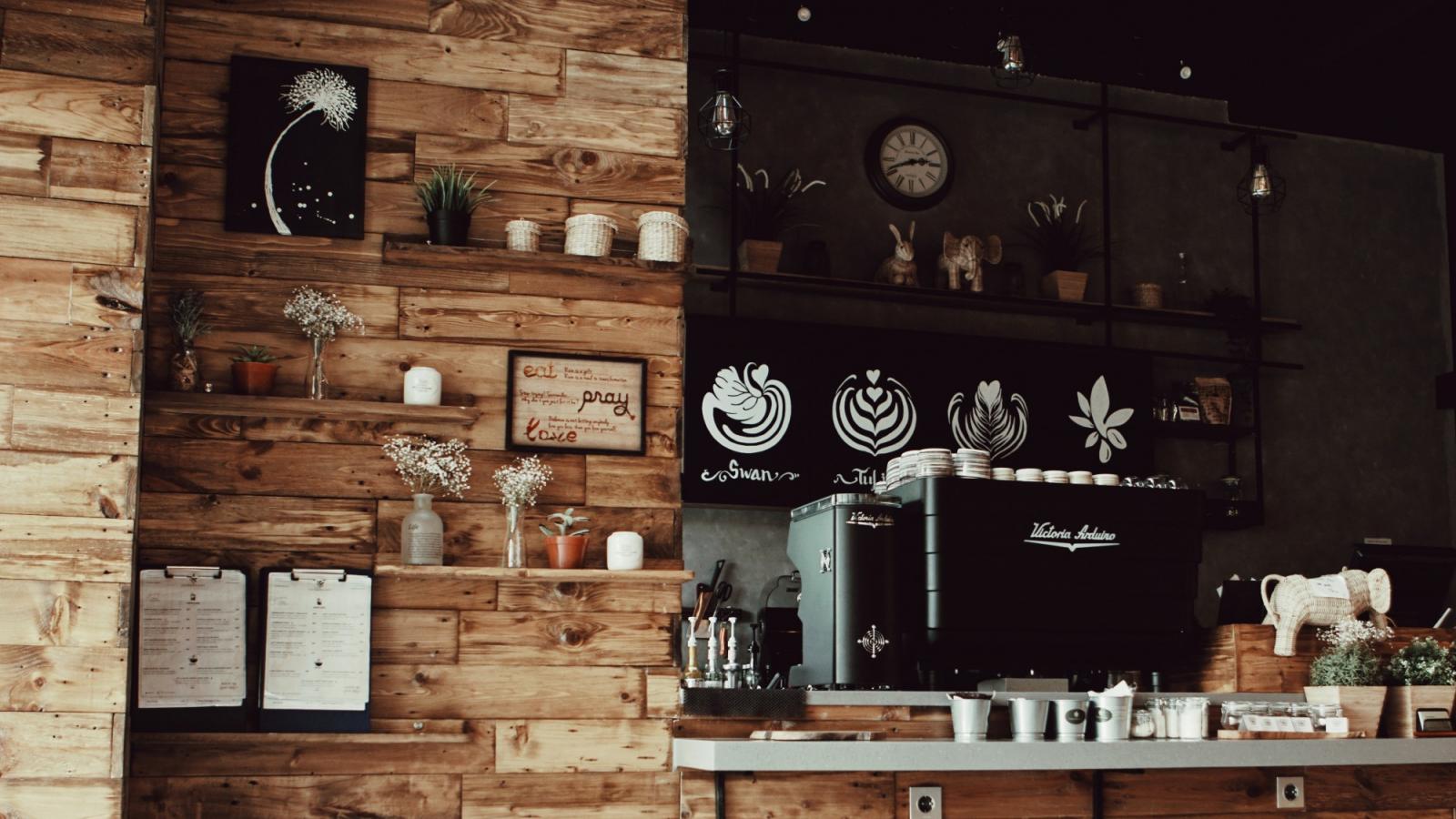 Our ‘Bags of Flavour’ coffee bags have been developed as a solution for enjoying fresh tasting, premium coffee on-the-go but without the hassle, saving you both time and money, much like the instant coffee of old, (but better). To do so, we tapped into the knowledge and expertise we had.

Immediately, we avoided wasting valuable time and energy by laboriously extracting coffee flavours, and aromas, and then ‘freeze drying’ them for flavour. Instead, our beans were roasted, ground, packed and sealed, to lock in premium freshness and flavour.

To take them to market, we’re offering the chance to add branding to the bag and by personalising the coffee bag, you’re sure to make a lasting impression!

The experimental amongst us aim to push the conventional coffee boundaries on a daily basis, by orchestrating all kind of weirdness and wonderfulness into the latest ‘must try’ coffee on the scene. From beetroot lattes to brocolli coffee, the search for the most fashionable flavour goes on.

Said scene is changing. The stereotypical coffee drinker is no longer middle-aged and overworked; they’re youthful, exuberant and adventurous. Many believe it’s the instagrammable nature and setting of modern coffee which appeals to this new demographic, whereas others believe that it’s their understanding of matters surrounding health and lifestyle causing the influx in coffee consumption.

We’re confident it’s a combination of both, with coffee companies adapting and combating to the likes of Sugar Tax, the Latte Levy and Veganism, whilst steadily growing their brand appeal through various mediums and ventures.

By observing trends and behaviours, we set out to create a coffee which would not only push conventional boundaries but reach out to key demographics by making sure all bases are covered.

We noticed how cold brew coffee had exploded in the US (580% growth 2011-2016). Yet, it was relatively unheard of here in the UK. But there was an opportunity in the iced beverage sector. A big opportunity, actually. Iced beverage sales were set to exceed £421 million in 2018, with further expectations of £660 million by 2020.

Although the iced beverage sales can remain dependent on weather conditions, (something that isn’t notoriously great here in the UK), we didn’t see why a cold coffee couldn’t be an all-year round choice, particularly as an alternative to fizzy, sugary drinks. Therefore, cold brew looked like a convincing option.

Our Black Eye Cold Brew launched in April 2018. Strengthened by the experience and expertise of Lincoln & York, we already had an advantage of sourcing quality coffee, sustainably. Our next challenge was to add the originality.

The complex and sophisticated 14 hour cold brewing process allowed us to create a unique flavour which is chocolatey and sweet, despite having 0% sugar, and a caffeine kick equal to any other filtered coffee.

Combine that with a bag-in-a-box concept, using a simple push button tap to dispense, our cold brew became accessible and adaptable. For added flair, we adapted it so that it could generate a whole new texture and aesthetic through a nitro-tap (perfect for those millennial Instagram posts!)

Whether it’s served as a stand alone over ice, or as an accompaniment to a cocktail or mocktail, the many flavour combinations and multiple photo opportunities could make it the next big coffee trend.

If our cold brew coffee can replace other casual drinks throughout the year, whilst improving health and well being, and be a reliable source of premium coffee for years to come, we’ll be glad to have recognised a trend from across the pond and adapted it to our shores. 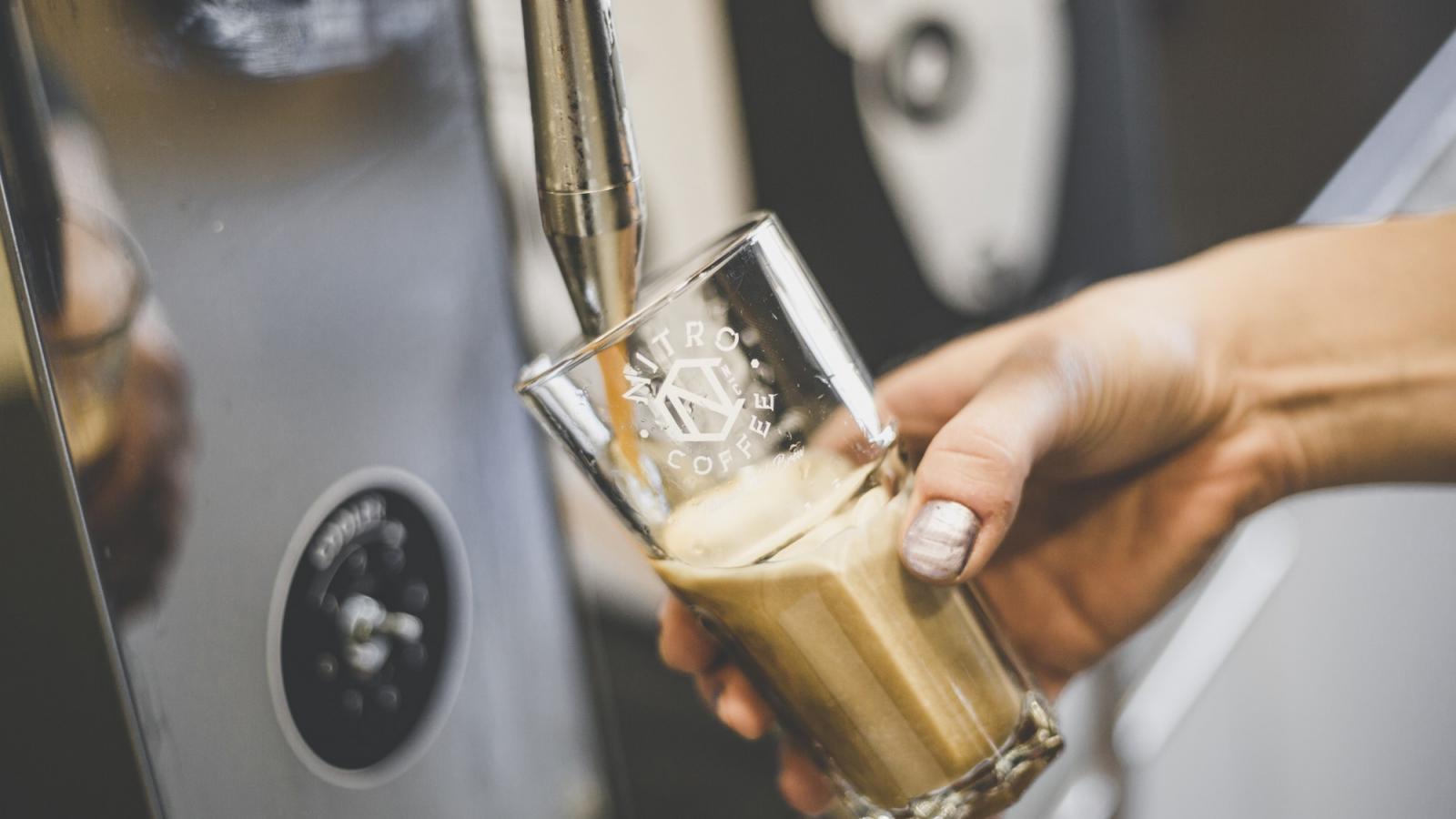