Where Do Coffee Beans Come From | Lincoln & York

For many of us, drinking coffee, is a daily ritual. For some, a religion. Whereas, for us, it’s always been about so much more.

We don’t blame coffee drinkers for enjoying the splendorous flavour profiles coffee beans bring to the pallet, or enjoying the highs of caffeine, nor do we snub those oblivious to the history,processes and botany of it all. Instead, we aim to educate.

Where do coffee beans come from?

In the literal sense, coffee beans come from coffee plants. In a geographical sense, evidence suggests that the first species of coffee was discovered in Ethiopia by a goat farmer (Kaldi) and his hyperactive goats.

From here, coffee beans have reached far and wide. Coffee plantations can be discovered all over the world. The majority lie primarily in the three continents of: Africa, Asia and Central and South America.

Countries closest to the ‘coffee bean belt’ produce the most coffee because their environment has all of the ideal growing conditions for it.

The vast methods for growing and harvesting different types of coffee yields an array of results, varying from one end of the coffee spectrum to the other.

Originally, coffee derived from the indigenous, south-west side of the Great Rift Valley. The very first coffee trees were somewhat wild, compared to the ones we see today. Over time, cultivation for commercial use has had an impactful influence on the appearance of these trees.

If you’ve never seen a coffee plant before, they’re appearance is that of a sort of shrub or bush. Yet, in contrast to a typical berry bush, some species of coffee plants can reach the lofty heights of 30ft. Although, they are harvested around 8ft.

Other distinguishable features include the coffee plant’s rich, dark green and waxy leaves. Sometimes, from some species of coffee plants, you can get variants which offer a purple or yellow hue but the most typical plants you will see will look like the below image.

As for the coffee beans themselves, they begin life as a bunch of light green buds and develop into vibrant coloured cherries (usually red, yellow or orange), signalling that they’re ready to harvest. The coffee cherry itself is quite complex, as highlighted in the diagram below, but only the middle (bean) is used. 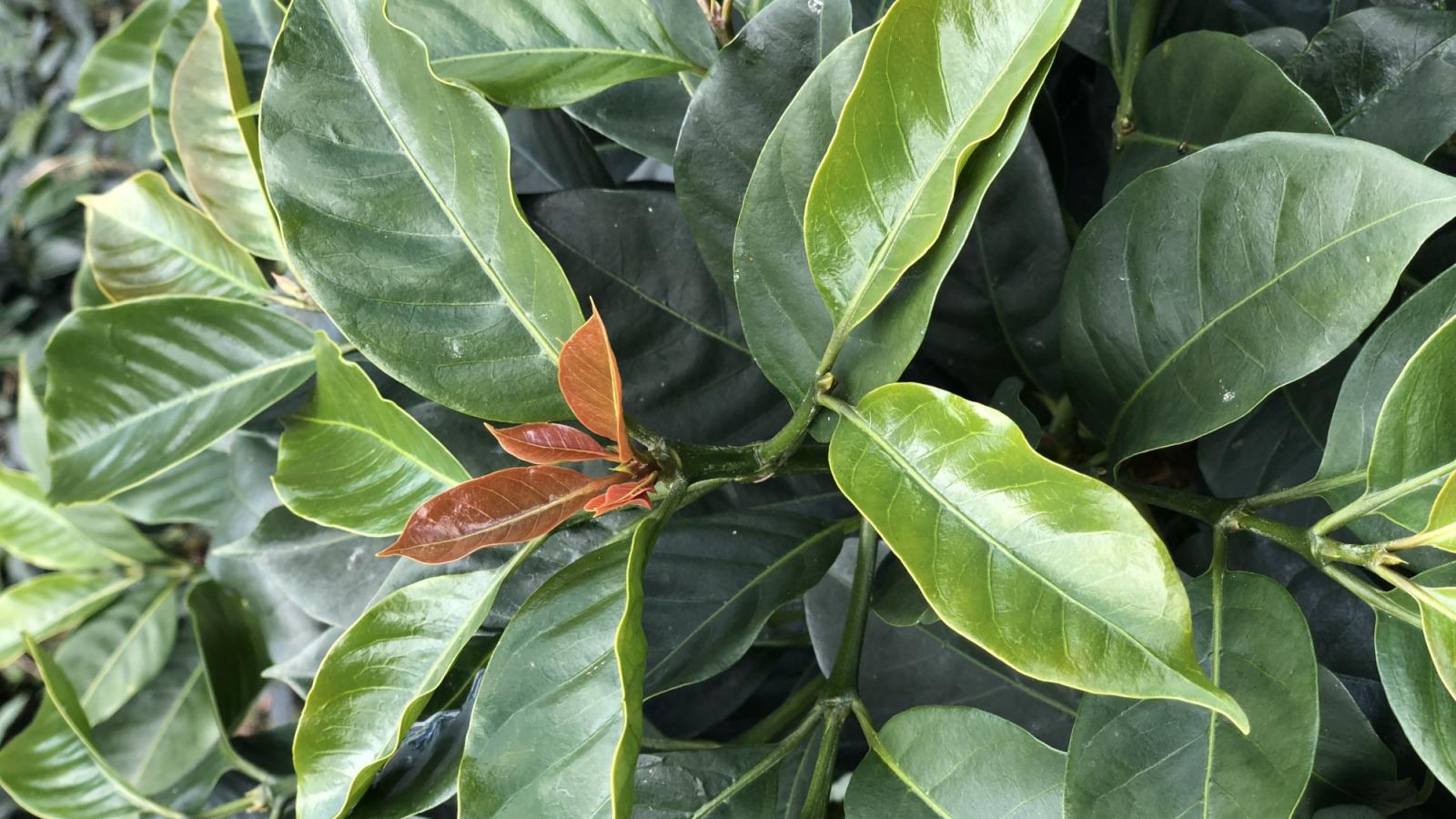 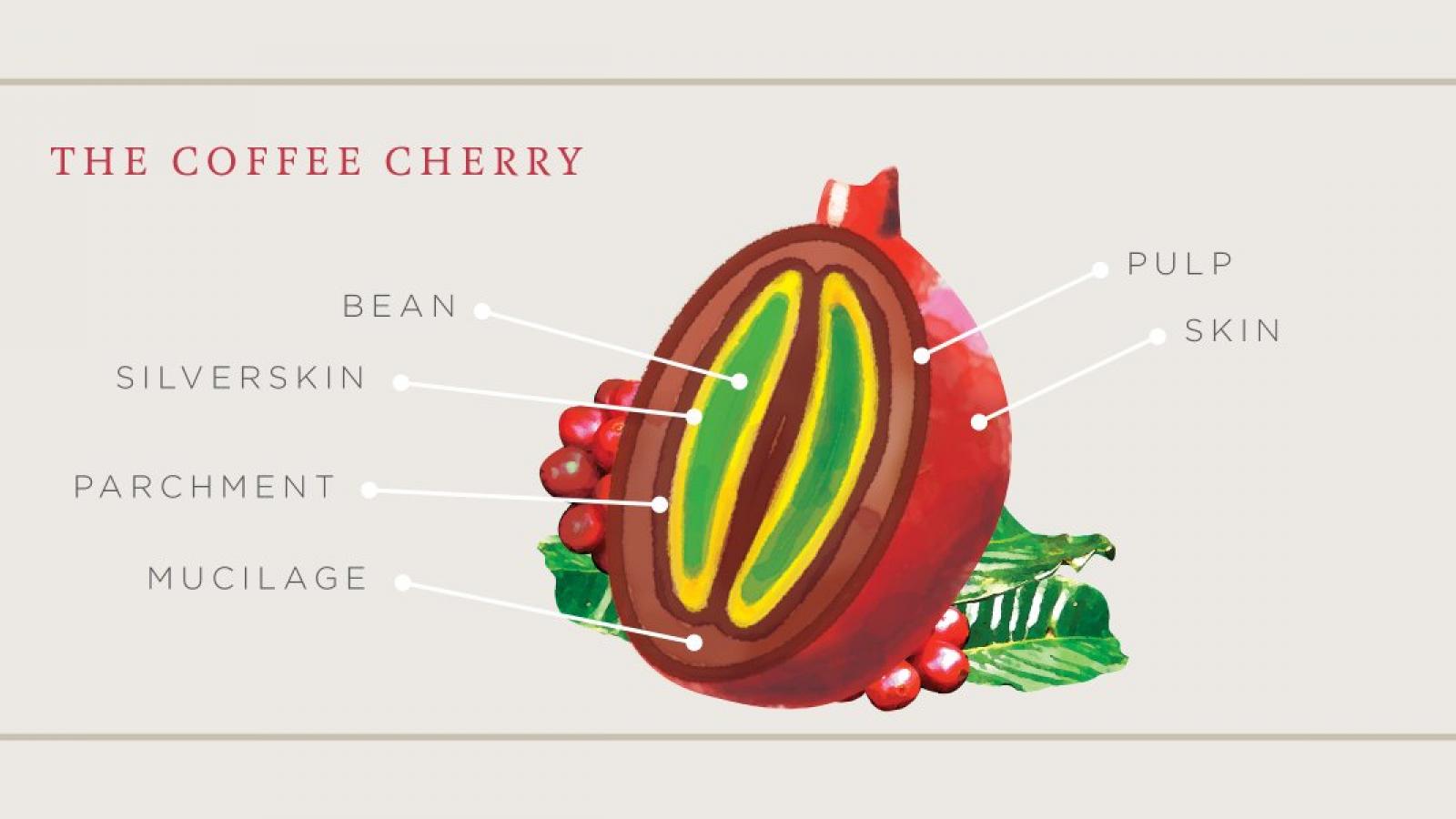 How long does it take for a coffee tree to grow?

For a new plant to begin flowering, it takes close to a year. After the initial flowering, it could be another two or three years until the tree begins to bear fruit.

Depending on where the coffee tree is rooted, its productivity and longevity will be dictated. Shade grown coffee trees can live up to 30 years, if not much longer! However, it’s within the first few decades, when the plant is producing regularly, that are the most valuable to coffee farmers.

Less sustainable methods such as ‘sun-grown coffee’ dramatically reduce the longevity of the coffee trees, as farmers look for quicker cycles. 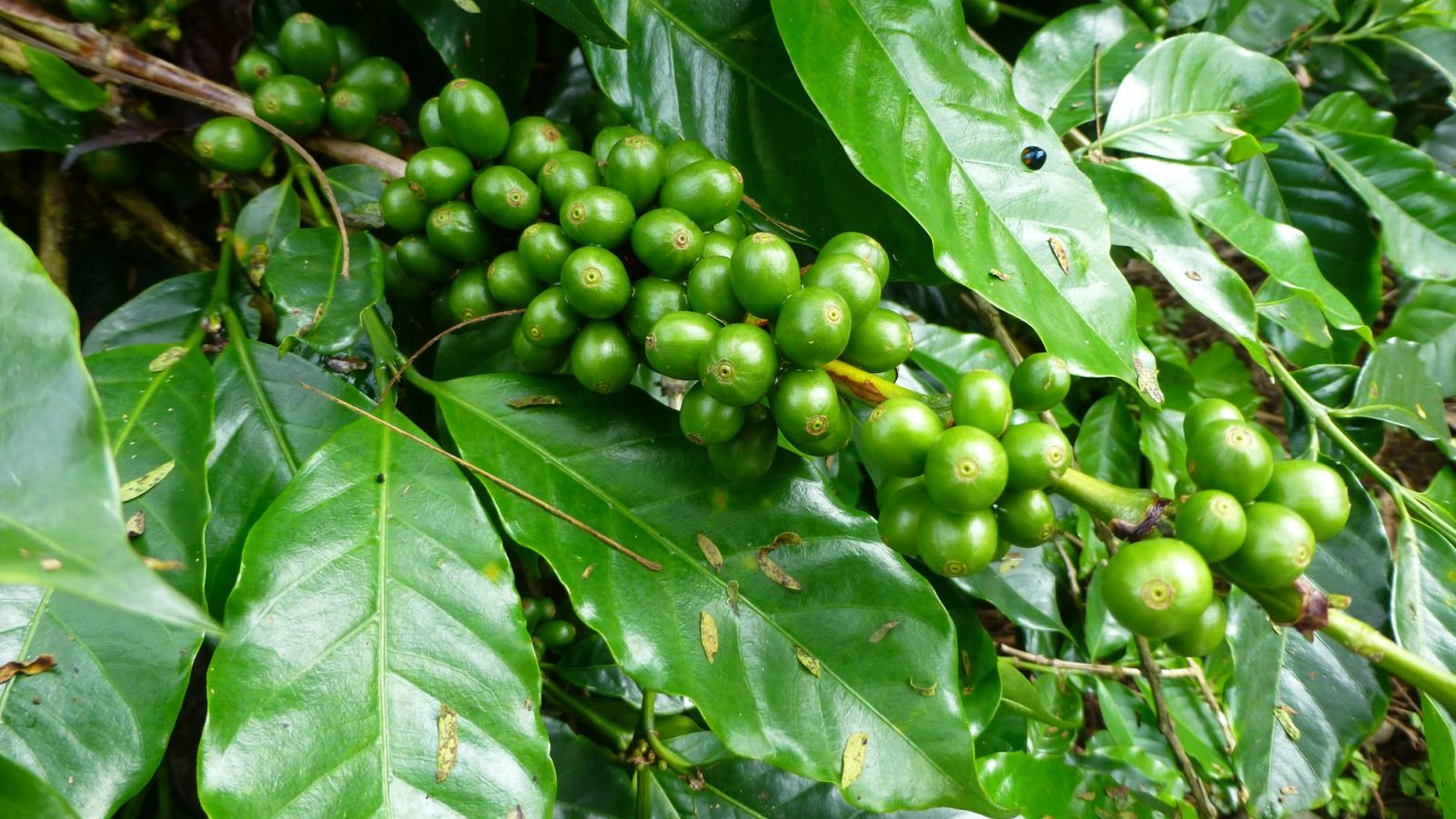 How many species are there?

Despite there being over 25 major species of coffee plants, there are only two that will sound recognisable, to the majority…Arabica and Robusta. This pair are the popular varieties for large-scale commercial coffee consumption.

What are the different species of coffee plant?

If you have existing knowledge of the coffee market, you will be familiar with how many different regions, and their coffee species, can make up a specialist blend of coffee. You will also know that there are many popular single origin blends too. Either way, the main contributors towards the market are the Arabica and Robusta coffee bean species.

Arabica coffee was the earliest coffee species to be cultivated and is still the most popular today.

The Arabica coffee bean is superior to other species; it’s the one used for the majority of specialty coffees we drink today.

There are dozens of varieties of the coffee Arabica tree but the prominent couple are Typica and Bourbon. The latter, mainly grown in South America and is often used for higher-end, expensive coffees, making Arabica the pinnacle, as far as coffee trees go.

To identify an Arabica coffee bean, you will notice its oval shape with a flat dome. Also, it is larger than a Robusta coffee bean and wears an inconsistent crease on its underside.

Robusta by name, robust by nature. This coffee bean carries heavy notes and the caffeine kick many crave. Yet, the quality of its taste is largely inferior to the Arabica. Robusta is generally used for instant coffee, as it’s the cheaper of the two varieties.

Africa, Indonesia and Vietnam are leading the way as the world’s largest Robusta coffee growers and the two main varieties of Robusta are both form the Coffea Canephora plant – they are named C.c Robusta and C.C Nganda. Both of these produce plenty of caffeine-infused coffee cherries for the mass market.

Robusta coffees produce more crème which can inspire the overall aesthetic, when it comes to coffee-art creations. It can also influence the final flavour of the coffee because it’s generally more bitter.

In contrast to Arabica, Robusta coffee beans are smaller in size and more circular. It has a clear dome shell and a fairly straight crease running through it.

Our roasting facility accommodates the arrival, roasting and packaging of both Arabica and Robusta coffee beans. From 100% single origin to dedicated blends for our customers, we have the expertise to create the flavour profiles you prefer.

Having been sourcing and buying coffee for over 25 years, our knowledge and experience in this field means we can buy the right coffee, at the right time and at the right price. We have established relationships with traditional traders and this, coinciding with a six-strong coffee team, (including three Coffee Quality Institute certified Q Graders and one QR Grader), allows our operation to span far and wide reaching all kinds of customers, ranging from food service and wholesale all of the way through to vending and out of home.

If you require any further information, or would like to request your own blend please, get in touch via the contact form below.