At Lincoln & York, we travel the world to find the best quality beans so that our customers can deliver great tasting coffee to the public. Being proud of that supply chain as one of the UK’s leading coffee suppliers, we are determined to source sustainable, high-quality coffee beans from within the coffee belt.

Below, we highlight what we’ve learned from the trip and why Costa Rica is a great place to source coffee from:

As a producer of coffee, Costa Rica has been growing and exporting coffee since the late 1700’s. As with all coffee growing countries, the climate in Costa Rica is an ideal location due to the soil and mountainous ranges. The majority of coffee plantations sit at least 1,200 feet above sea level so the quality of the coffee from the region is well received.

On the whole, Costa Rica sits at 15th on the list of coffee producers worldwide. Back in the 1990’s the region produced 3,000,000 bags of coffee per year which has been reduced to 1,500,000 bags in the 00’s, meaning production has halved and Costa Rican coffee now only accounts for around 1% of the world’s coffee.

This has been driven by poor coffee prices coupled with the Costa Rican economy performing better than some other coffee growing counterparts. What is also staggering is that of the 1.5 million bags of coffee that the country produces, 400,000 of these are purchased by Nespresso alone.

Historically, you’d associate Costa Rica with a large percentage of exports coming from agriculture. However, this only accounts for 5.5% of the country’s GDP with emerging industries such the service sector accounting for a large proportion of exports; due to similar time zones of the US and their excellent use of the English language. Coffee now only accounts for just 2% of Costa Rica’s exports. Coffee is also superseded by Pineapples and Bananas in terms of food exports.

As highlighted above, Costa Rican coffee is typically grown 1,200 feet above sea level, meaning this Arabica coffee is full of flavour and is one of the only places in the world where it’s a law to only grow Arabica coffee - they’re serious about their coffee!

Whilst the volcanic soil and high altitude account for the flavour of Costa Rican coffee, the climate also has an impact. Costa Rica tends to have one dry season and one rainy season with temperatures remaining stable - varying about ten degrees throughout the year. High altitudes, heavy rainfall and volcanic ash soil create ideal farmland, thus affecting the aroma, acidity, body and flavour of the coffee the region produces. Harvesting months are often from October through to March.

Furthermore, the plants or ‘varietals’ themselves have a defining say in how Costa Rican coffee tastes. Some of the varietals from the farms on our trip include the likes of Cattura, Obata & Catuai. Additionally, with 8 different coffee regions to choose from, Costa Rica really is a hotbed of great tasting coffee and why it is often used as a standalone, single origin due to its distinct flavours that are distinguished, and notable for their good body and fruity and bright acidity with a clean and crisp taste.

The Lincoln & York team to make the trip consisted of Kieran, Fay and Lucy. The team travelled to the country’s top producing coffee farms across a week-long period.

We visited a total of four farms which vary in size and output. We also took a trip to see the coffee mills (both wet and dry) along with visiting the ‘Coopelibertad’; a cooperative with around 1,000 members.

Established in 1961 and part of the Rainforest Alliance, the Coopelibertad offers support to the farms in the shape of financing, knowledge and support of farming practices.

The Coopelibertad was introduced to tackle a number of issues. Farmers were struggling with low prices of coffee and administration wasn’t good. Subsequently, prices went down and due to the increase in population, houses were built on old coffee farms. It became apparent something different had to be done in the Heredia area to save and help grow coffee.

Currently, 700 associates out of 1,000 small and medium coffee producers in the Central Valley region of Costa Rica, contribute to the cooperative. It has Fairtrade, coffee practices and Rainforest certifications, and has been awarded ‘The Best of Costa Rica Fairtrade Coffees, Golden Cup Award’ two years running.

The aim of the Coopelibertad is to represent and defend the coffee in many situations; attending to disease, for example. They are the last coop in the Central Valley when only ten years ago there were more than five coops in the area.

Coffee production is decreasing year on year, therefore, there are increasing attempts to engage and educate farmers to keep their farms. The wet mill has capacity for 80,000 fanegas with last year processing 50,000 fanegas - up 8,000 from the previous year.

They recently introduced a branded roasted coffee to the Costa Rican market and process 10,000kg of roasted coffee per month. Dark roast is still popular, however, people are starting to experiment more with lighter to medium roasts.

All pulp is reused as fertiliser and provided to the farms and educated on soil fertilisation for higher coffee yield. All the work they do impacts the coffee farmers.

Here are some of the key highlights from our trip: 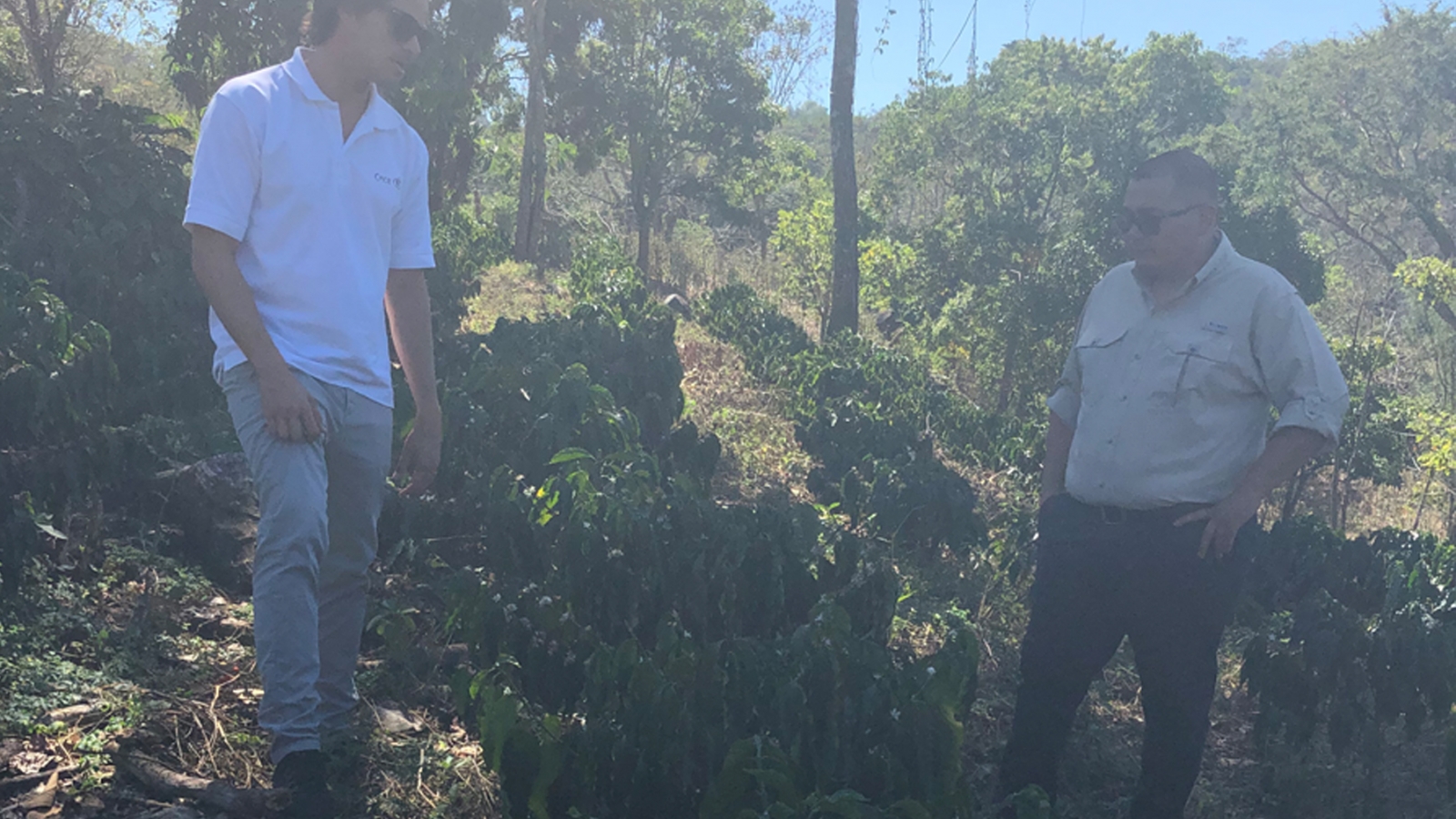 Alonso and his father-in-law run the Arecas farm in Costa Rica. With 30 hectares of coffee trees, it takes 3 months to harvest a farm this size, with 12-15 people constantly picking cherries. 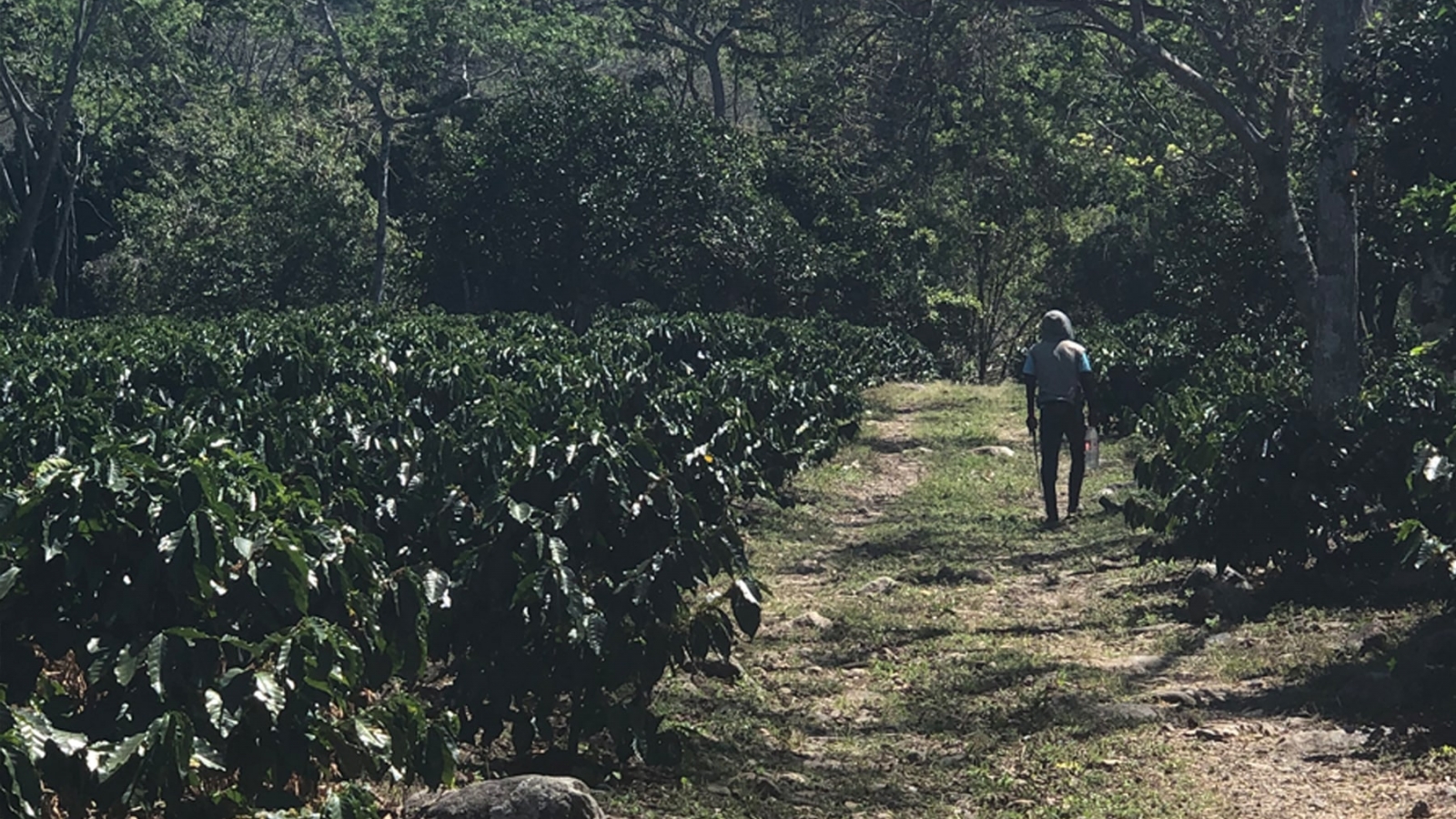 A new varietal "Obata" is being tested (Caturra & Catuai mixed) as this is rust resistant species and more productive. They are also planting the trees further apart than usual in hope for higher yields. 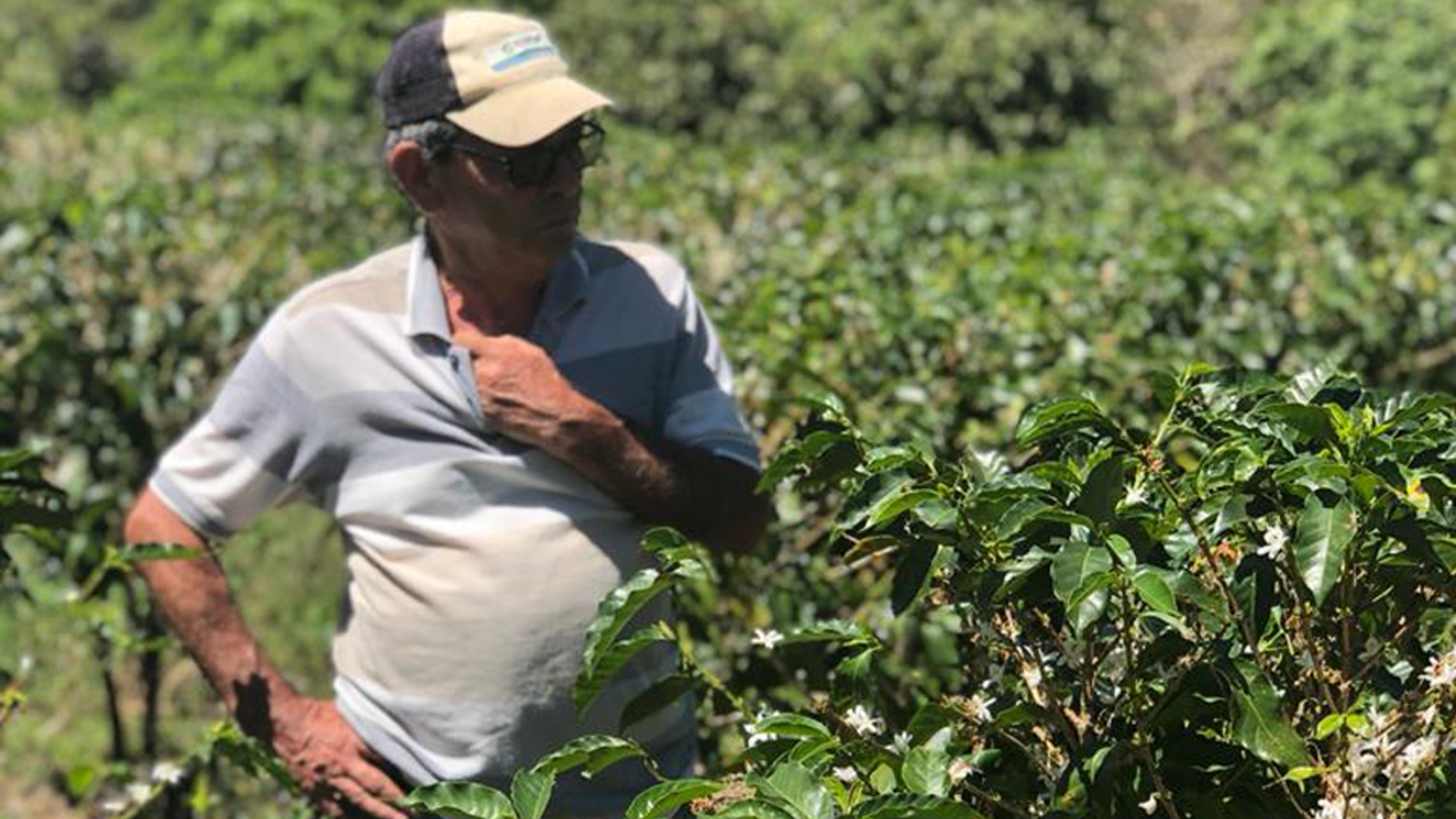 Being an agronomist with 30 years of farming experience, Olman grows Avocados as well as coffee on his farm to diversify his crops. 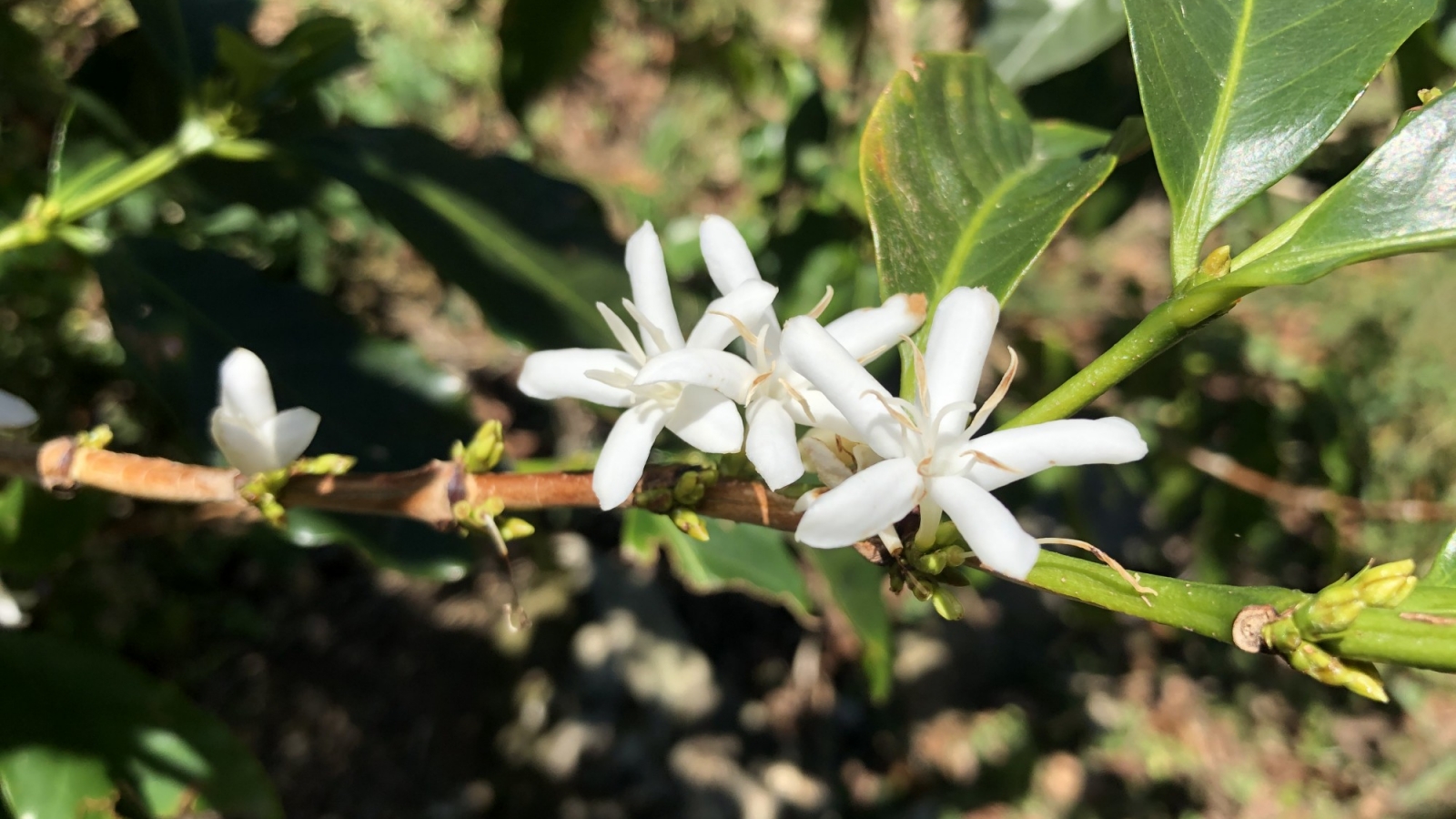 This plantation produces speciality coffee which produces consistent quality and yeild. Early rain in the dry season has meant coffee trees had already started to flower. 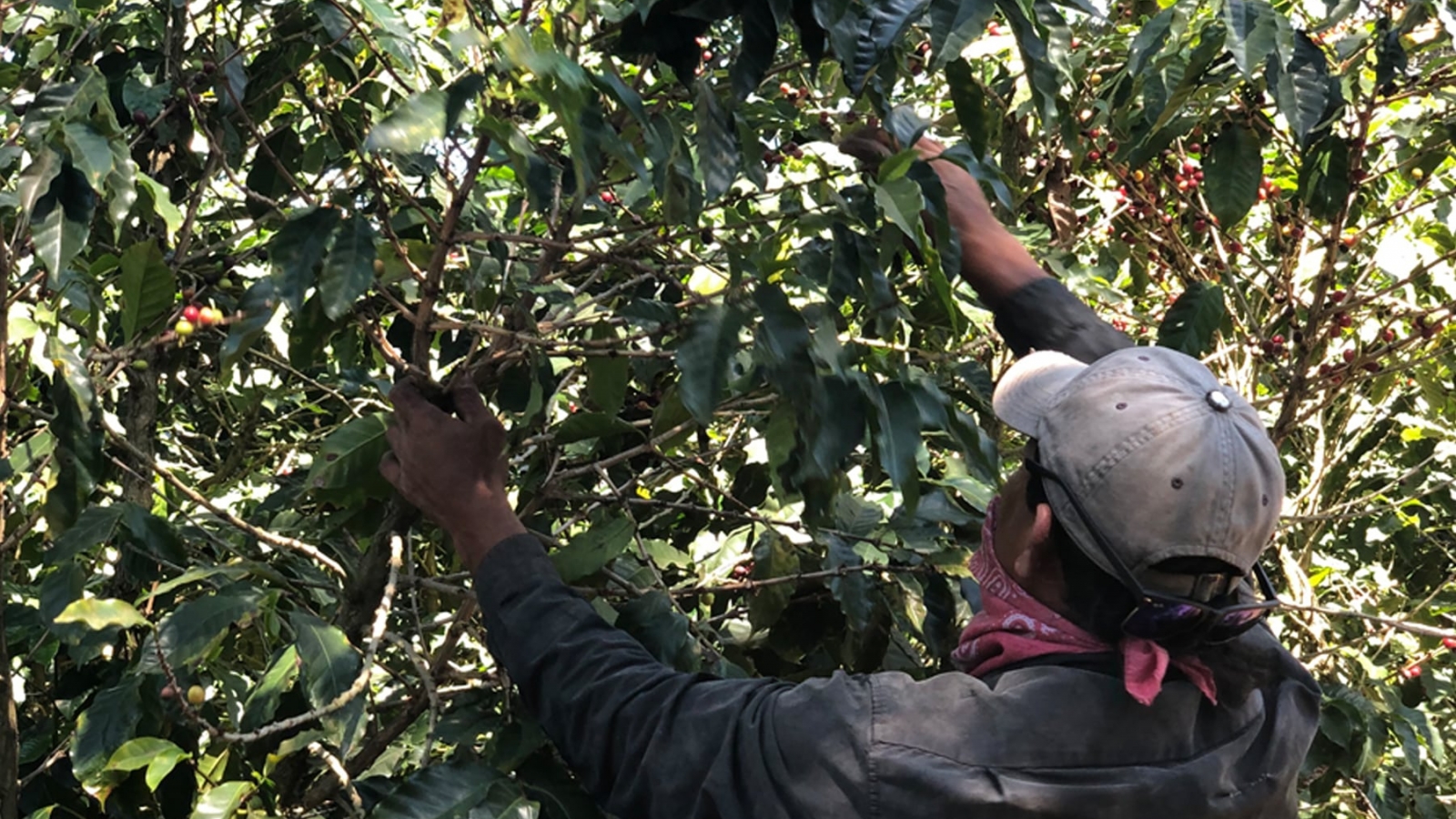 This 13 hectare coffee farm produces a staggering 130 fanegas (1 fanega = 46kg green coffee) per hectare. 45 pickers are employed at the height of the season, doing between 2-3 passes. 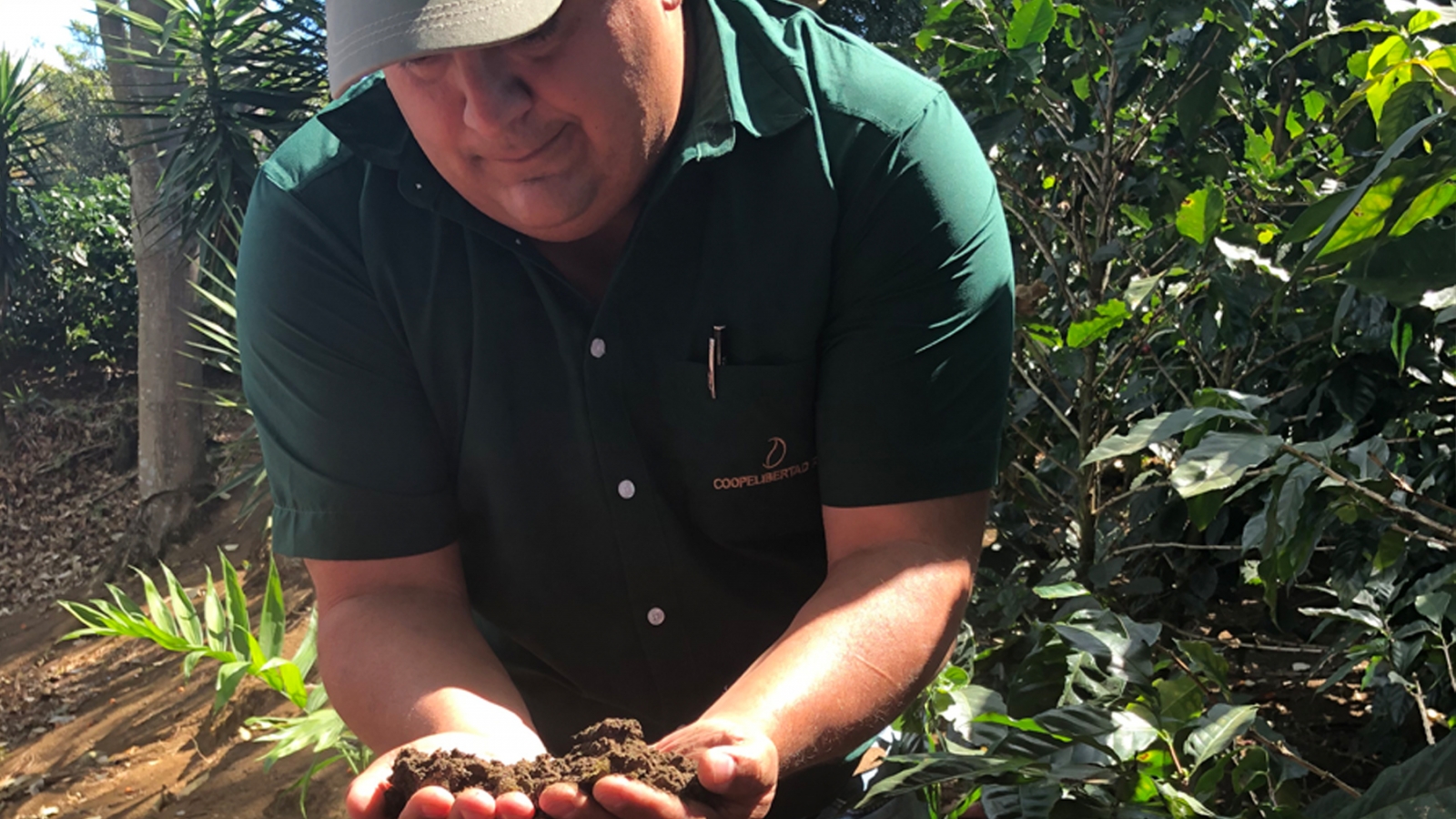 Rainforest Alliance only offer guidance on how the farms need improving. The coop and farmers themselves are then responsible for funding and implementing the changes. Old trees are used to fire the furnace at the mill, and coffee pulp is repurposed as fertilizer. 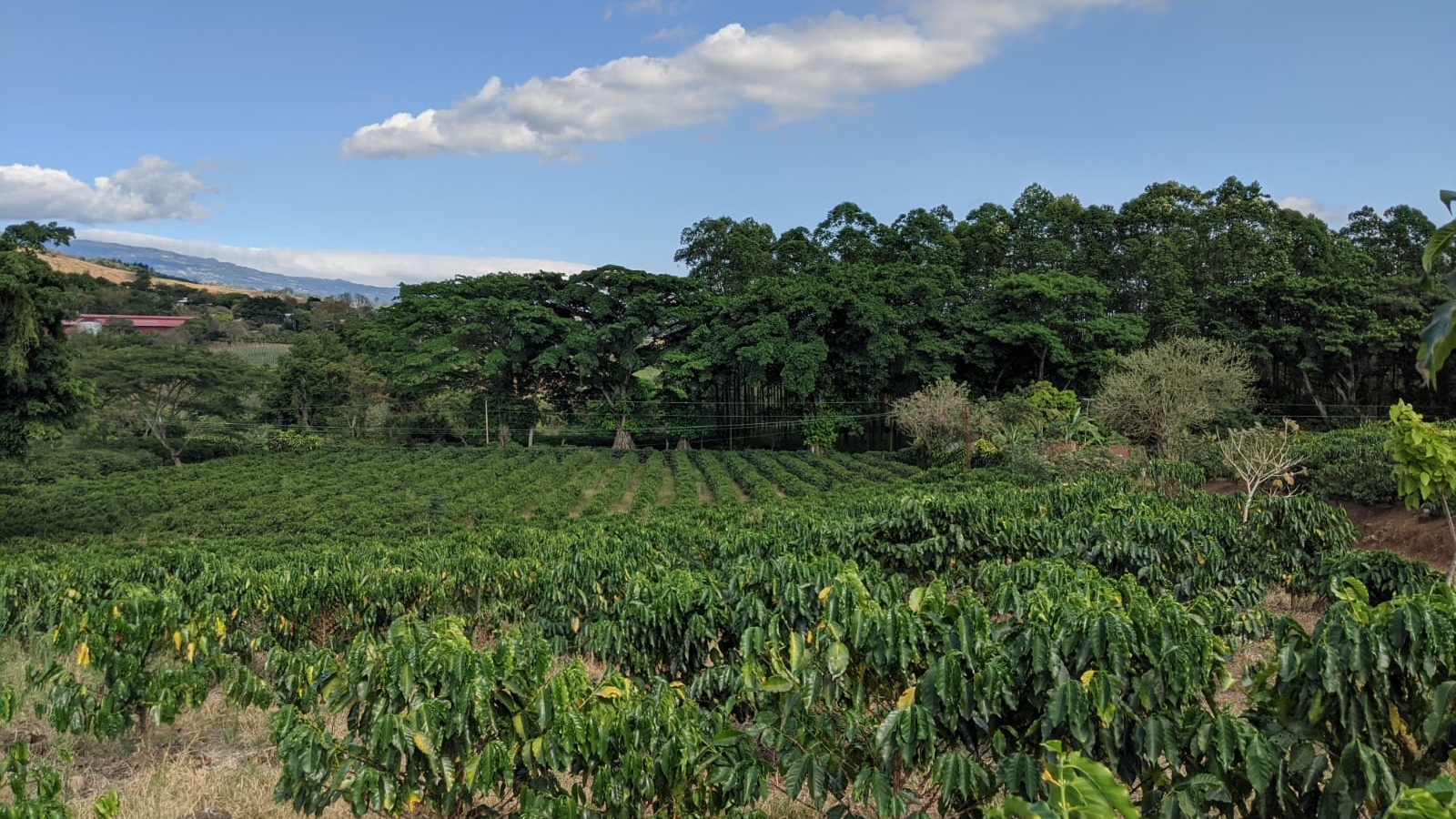 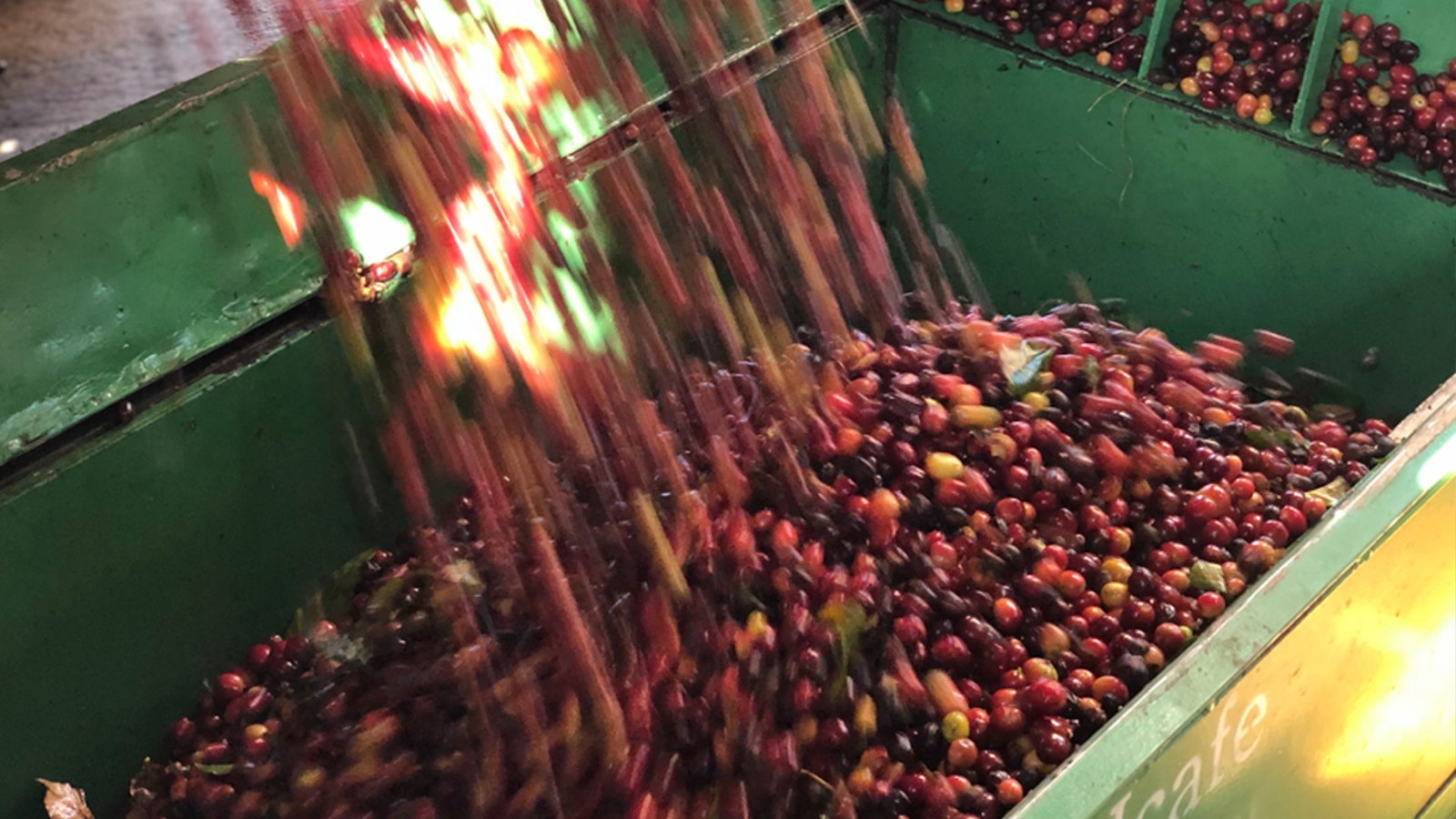 The on-site mill processes 4,000 fanegas of coffee. 3,000 fanegas comes from the Hacienda Sonora farm and 1,000 fanegas from local farmers.

The main takeaway from the trip is that it is clear that the Costa Rican’s take pride in the quality of their coffee. It is a practice that has been mastered over centuries and, whilst output is in decline, it is still revered as one of the world’s best places to source quality, sustainable coffee. 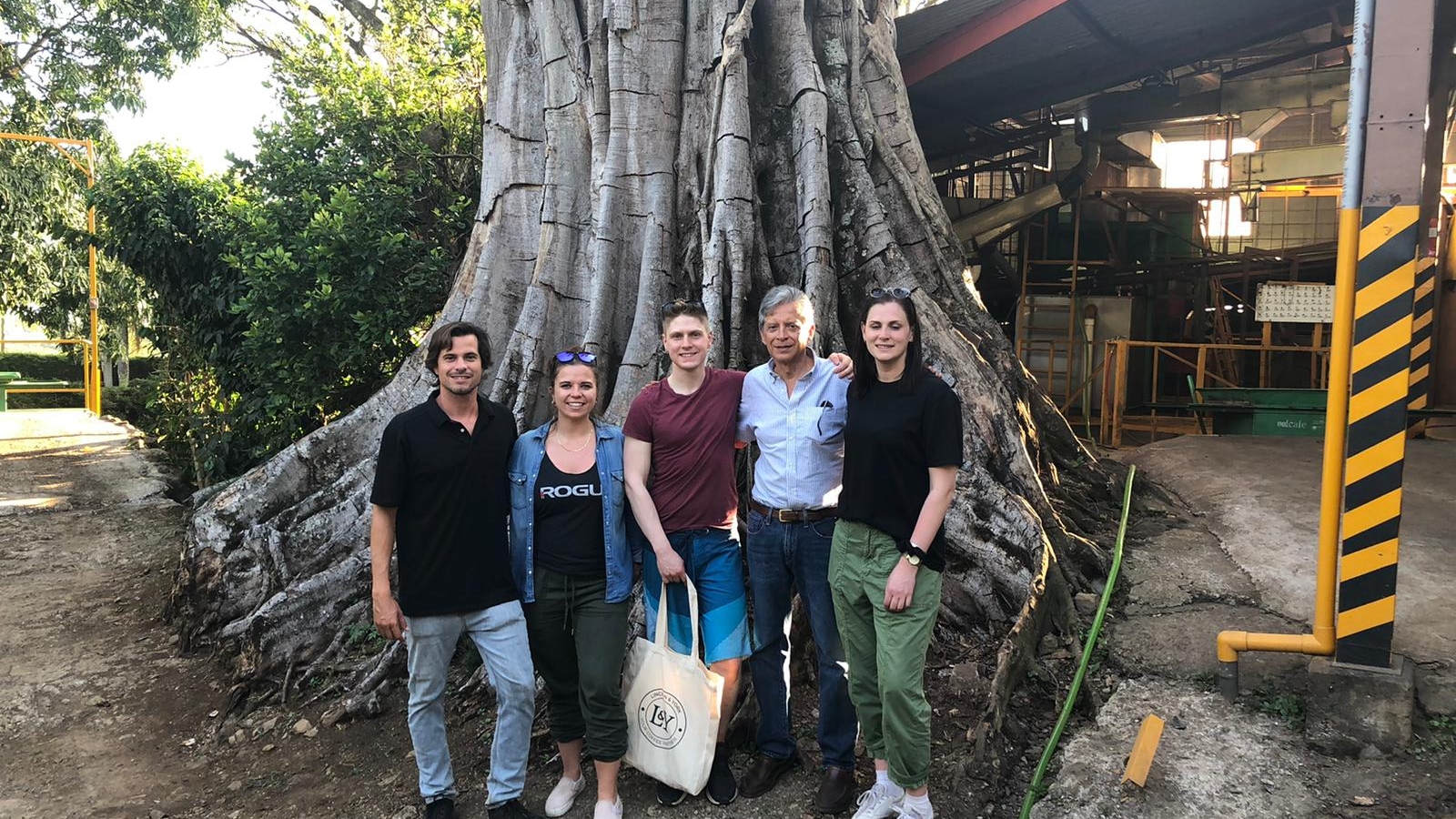 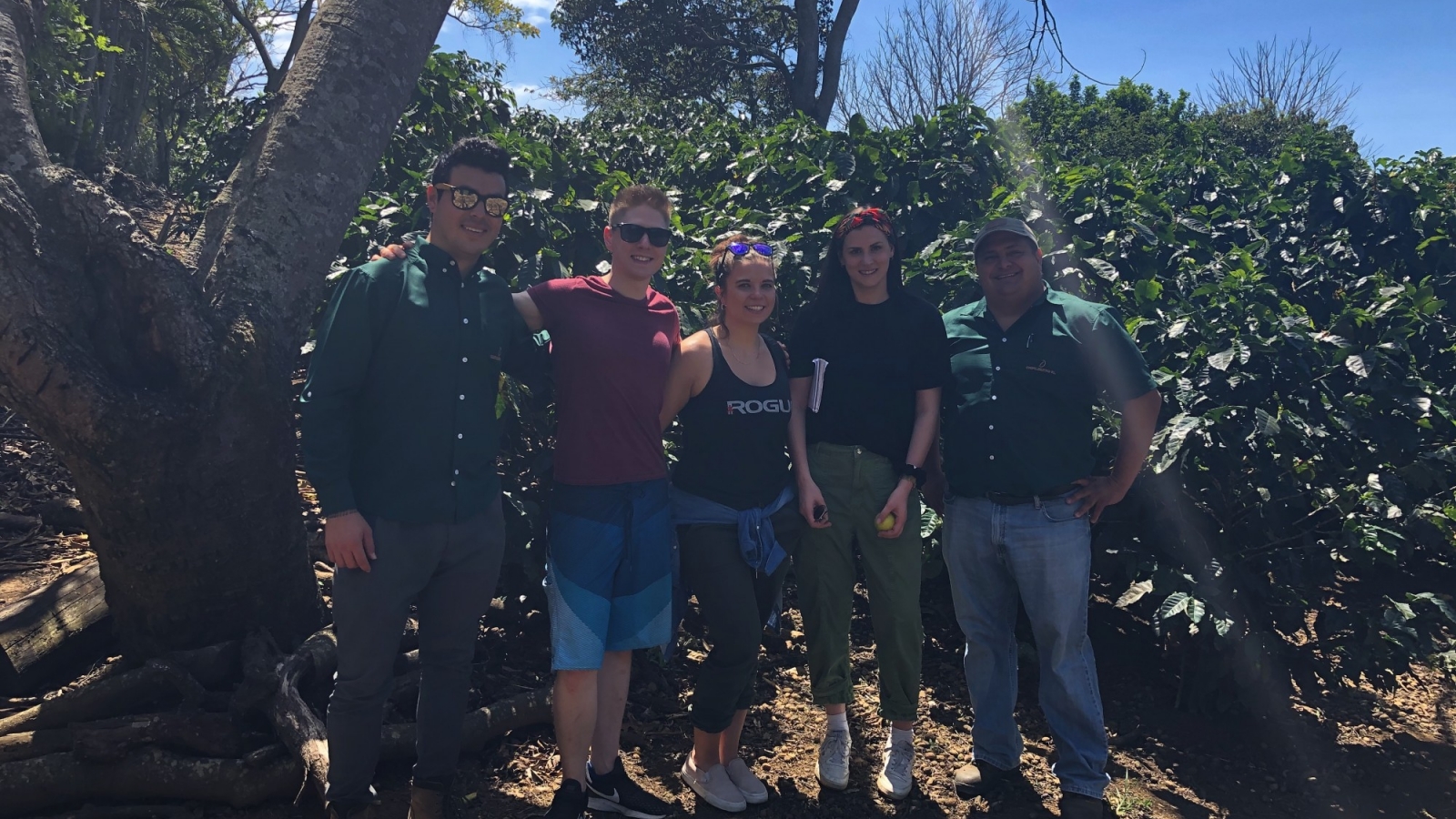 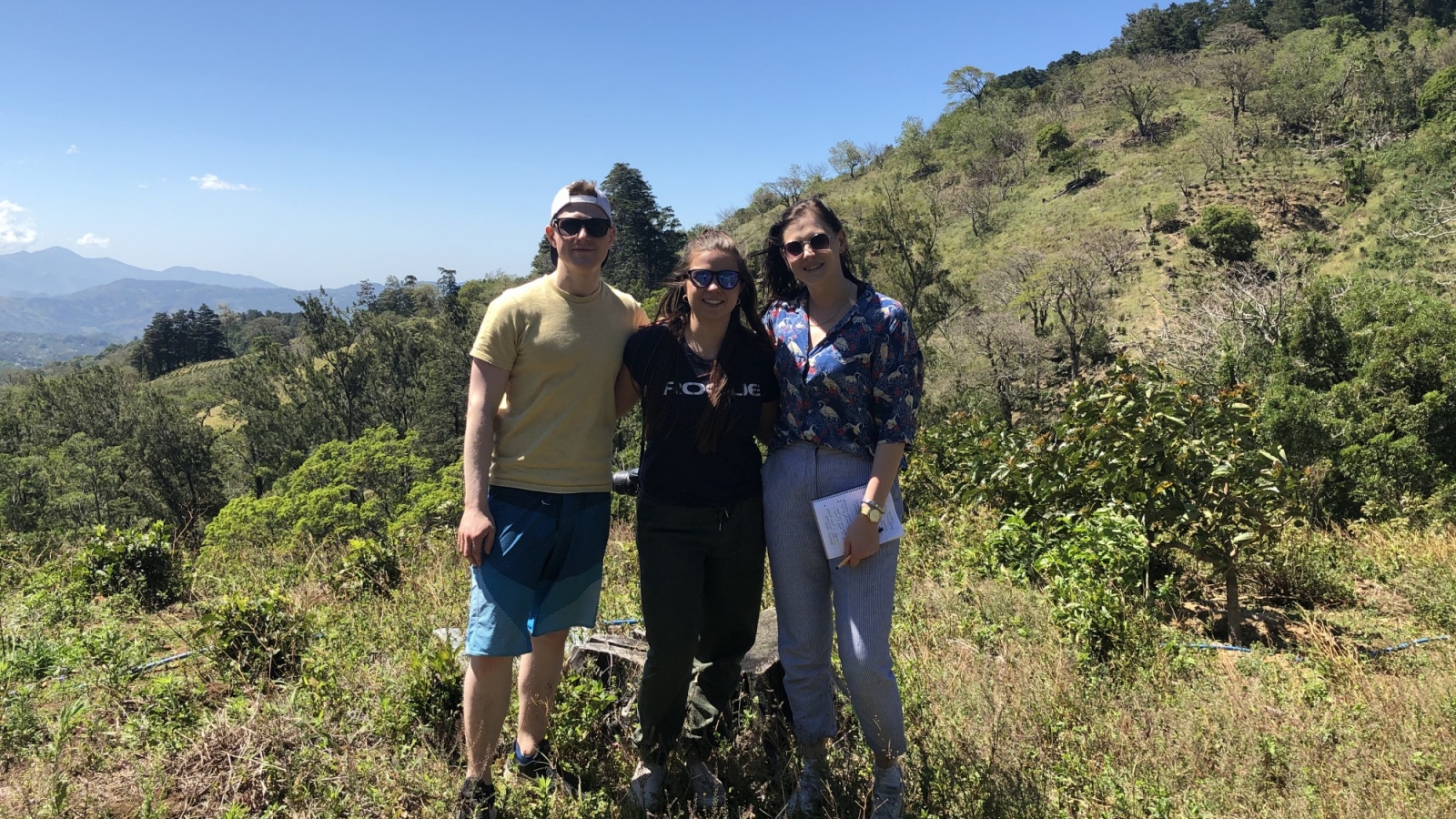