Allow us take you on an espresso journey…

Following on from our last blog on the history of coffee we thougt we would go on a journey of Espresso and it's evolution over time. "Modern" espresso, as you know it, once redefined what coffee meant to the masses. It’s arrival signalled a monumental shift in the way both create and consume coffee.

Today, espresso has become the foundation of all freshly filtered, premium coffee drinks.

What is an espresso?

In today’s terminology, it may be more common to hear the espresso described as a ‘shot’ when asked how strong you’d like your coffee. A shot is an espresso.

An espresso can be enjoyed on its own and is any self-confessed coffee advocates preferred way to enjoy the freshest, tastiest coffee.

Where does espresso come from?

Coffee has a fascinating history. Coffee houses can be traced back as far as the 1600s and, before them, merchants and travellers would introduce and exchange coffee to all corners of the world. However, the espresso didn’t evolve until the early 20th century.

By the 20th century, coffee had become commonplace in many European cafes and restaurants but it was arguably most prominent in Italy. Coffee became synonymous with Italian’s and their daily routine.

The demand for coffee, more so quality coffee, had steadily begun to come to the fore. The term ‘cafe-espress’ had been coined in the 1880s as a solution for coffees made to order for the individual.

Fresh coffee soon became an expectation. As you can image, the aroma, the flavour and the overall coffee experience was enhanced through creating coffee on demand. The coffee beans will have been roasted two weeks prior to use (at most), ground just before brewing and brewed just before drinking.

There were many early contraptions which aimed to deliver this early form of espresso to the people but they were often clunky, laborious and inefficient.

When was the espresso created?

Similar to how the whole world is in a hurry today, 100 years ago, waiting over 5 minutes for a coffee was deemed unacceptable too. As a result, inventors experimented for faster ways to brew coffee.

First efforts saw the use of steam rather than water. Although the speed of the steamer was impressive (3,000 cups of coffee per hour), the taste wasn’t as good due to optimum boiling temperatures required for coffee.

It wasn’t until 1901, when an Italian inventor developed a viable solution for fast, flavoursome coffee that the espresso was finally born. 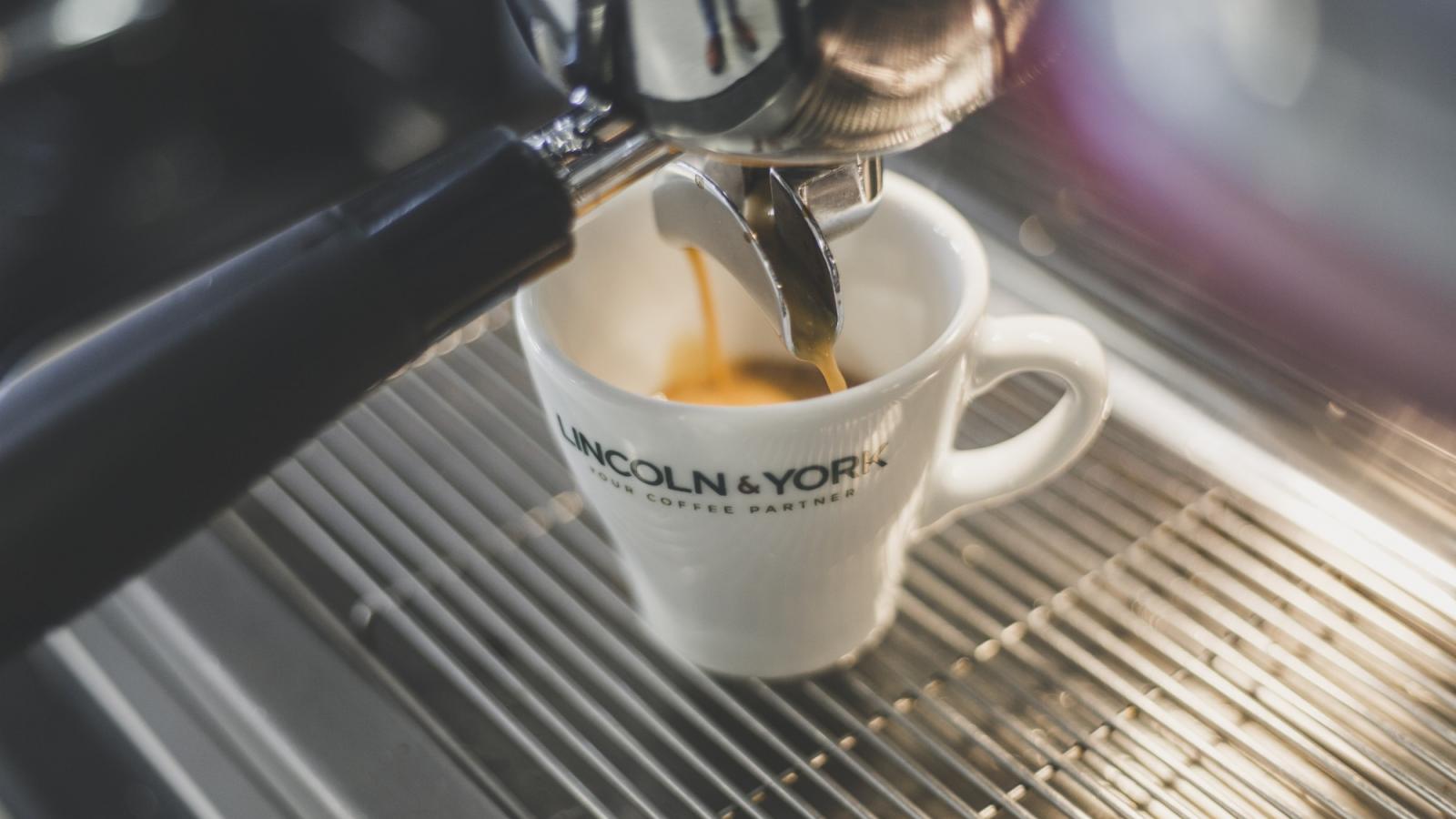 Who invented the espresso machine?

Historically, the early 1900s was the one of the most innovative times to be alive. The Industrial Revolution in Europe saw the creation of many remarkable things, including the espresso machine!

‘Espresso’ literally means fast or express (something that can be prepared quickly).  Remarkably, that’s what Luigi Bezzara had managed. He registered a patent for a machine with recognisable features such as group-heads onto which portafilters, filled with compressed coffee, could be clamped. This was the first time coffee had been prepared in the right quantity, at the right temperature, with the right extraction expressly for the customer.

Bezzara had found a way to use steam to his advantage, by pressurising it enough to add speed in the brewing process, without it coming into contact with the coffee itself. Not only did he manage to reduce the brewing time but his method brought out the best of the coffee bean and avoided over extraction.

Unfortunately, Bezzera talents were solely in engineering and he sold his patent for the ‘fast coffee machine’ to Desidero Pavoni in 1905. Through expert sales and marketing, it was Pavoni who revolutionised the way we drink coffee today, despite Bezzera’s invention.

How did the espresso machine work?

The basic concept of an espresso machine has not altered too much over the years, considering the rate that technology has evolved.

Steam pressure at the top of the boiler forced water at the bottom of the boiler through the ground coffee, held in the grouphead by the portafilter. The piping was designed to radiate the pressurised water to the correct temperature, at the grouphead, for brewing coffee.

Pressurised water meant that the coffee could be ground finer, resulting in espresso machines coming with an accompanying coffee grinder. This equipment became standardised for making coffee in Italy. Other parts of the world also adopted it, after Italian immigrants introduced it. 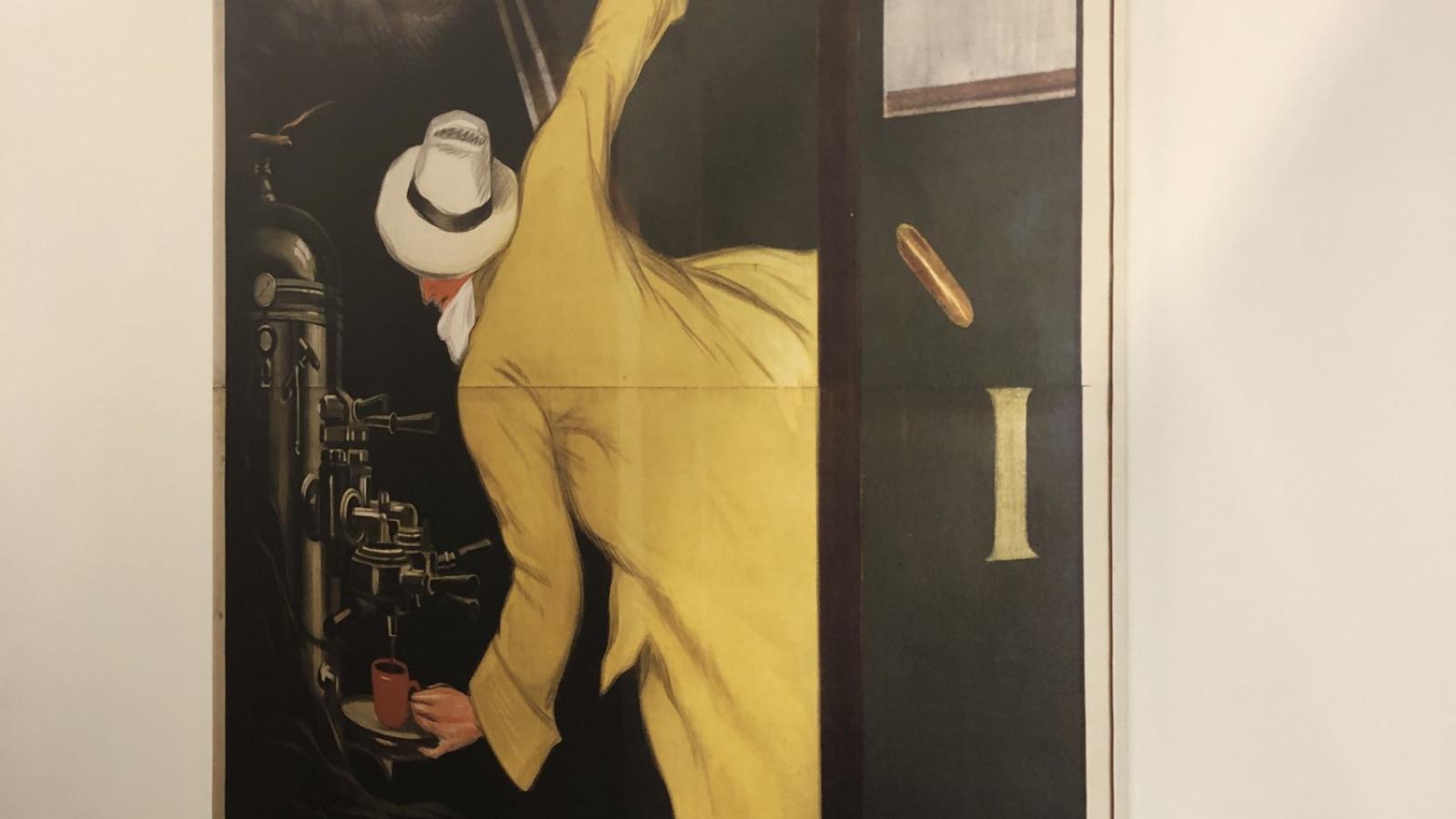 The first product of the espresso machine entered the fore complete with a layer of foam. Advocates of the time dismissed the foam and referred to it a ‘scum’. Luckily, Gaggia created a marketing ploy to remedy any negativity, by naming the drink ‘cafe crema’, giving it a more luxurious appeal.

The cafe crema soon died out, but the espresso remained because people soon developed a taste for the ‘little cup’. The espresso itself became more fine tuned, as advanced technology gave the espresso back its true meaning.

New levels of efficiency were reached. For instance, higher bars of pressure allowed for better extraction speeds and electric pumps were introduced to carry cold water through heat exchangers bypassing the piston boiler to grouphead design. These new electric pumps were not restrictive, compared to cylinders on lever groups which could only hold little amounts of water.

Ultimately, this meant that the introduction of electric pump machines created the ability for the double espresso (double the water and double the coffee for a drink with the identical concentration and taste).

Our coffee culture here in the UK is transcending. The emergence of the barista, coffee communities and coffee connoisseurs has seen coffee explode into a lifestyle choice here in the UK.

The espresso itself has journeyed across many platforms, in many formats, on its way to becoming the next big coffee sensation. Be it through inventive cold coffees or new ways of serving up a hot coffee, the espresso is at the foundation.

Even the espresso machines we use today are seemingly complex and designed around ease of use for the user. Since time has gone by, additional features have been added to the espresso machines to help fine tune a baristas performance and reduce waiting time for the customer. Inevitably, new technology usually means extra cost. It’s not uncommon to pay over £5,000 for an espresso machine.

All of this is solely to generate a dark brown liquid that many societies we have become reliant on. However, coffee drinking is becoming more of a social activity, much like the pub use to be.