If you’re participating in Veganuary, you may have already been experimenting with plant-based milk alternatives for your coffee. On the contrary, you may be a veteran vegan with your own preferences firmly in place, or you may even have a dairy allergy forcing you to look to pastures new. Either way, we’re sure there’ll be something noteworthy here for you.

What difference does the milk make in coffee?

Milk can impact upon many aspects of a coffee’s final flavour and aesthetic. As we know, these factors are essential elements for any coffee lover (unless you drink it black, of course). Modern coffees use steamed milk, in an attempt to produce a foam by ‘stretching’ the milk. Many coffees, such as the latte, cappuccino and flat white, all depend on this style of the milk to fulfil their criteria.

Why does the milk matter?

Traditionally, the majority of all milk is made up of protein molecules. The level of proteins do vary, dependent on the milk you’re using, however, once heated, they ‘melt’, trapping the air and ‘stretching’ the milk to a foam.

Given the vast differences between dairy and non-dairy milks, the performance of each does differ. The outcomes all contribute to the overall flavour and texture of the coffee, meaning connoisseurs are often experimenting, to discover the perfect cup.

According to Allegra, the following milk’s are the most common alternatives to dairy milk. As you can see there are some clear preferences, but for what reasoning? 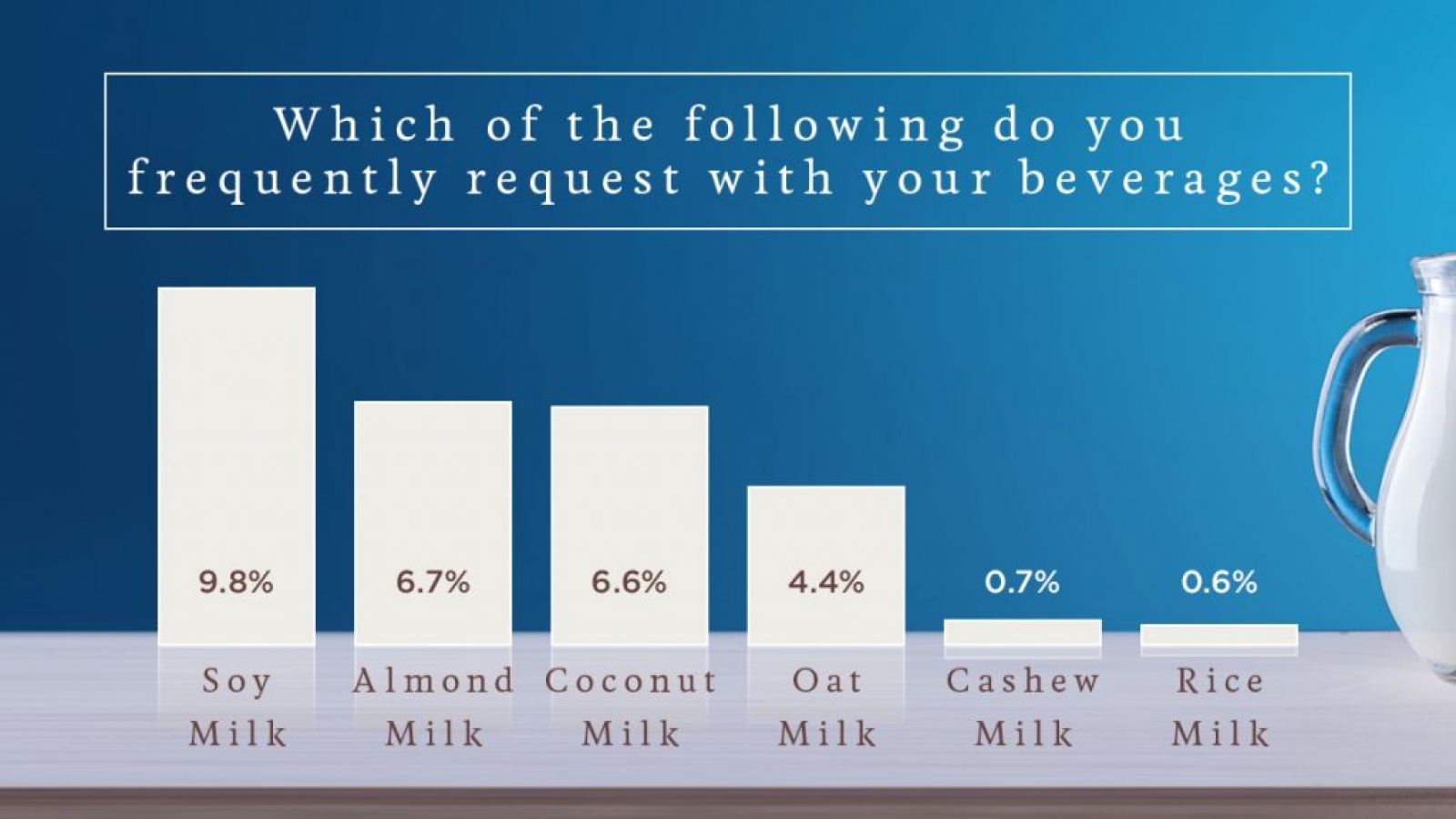 Soy milk already boasts a rich history, as one of the go-to dairy-free milk options. Most coffee shops will be more than experienced with using it. It’s key selling points are its accessibility and affordability, as well as its high protein content.

The taste is somewhat nondescript. This is a bonus for baristas, as they know it will not compromise the flavour of the coffee.

Soy milk is a popular alternative to dairy milk, thanks to it’s similar protein levels and performance when heated; making it easy to replicate the smooth foamy textures of a dairy milk. However, it can curdle as a reaction to the coffee’s acidity or temperature, so be cautious. 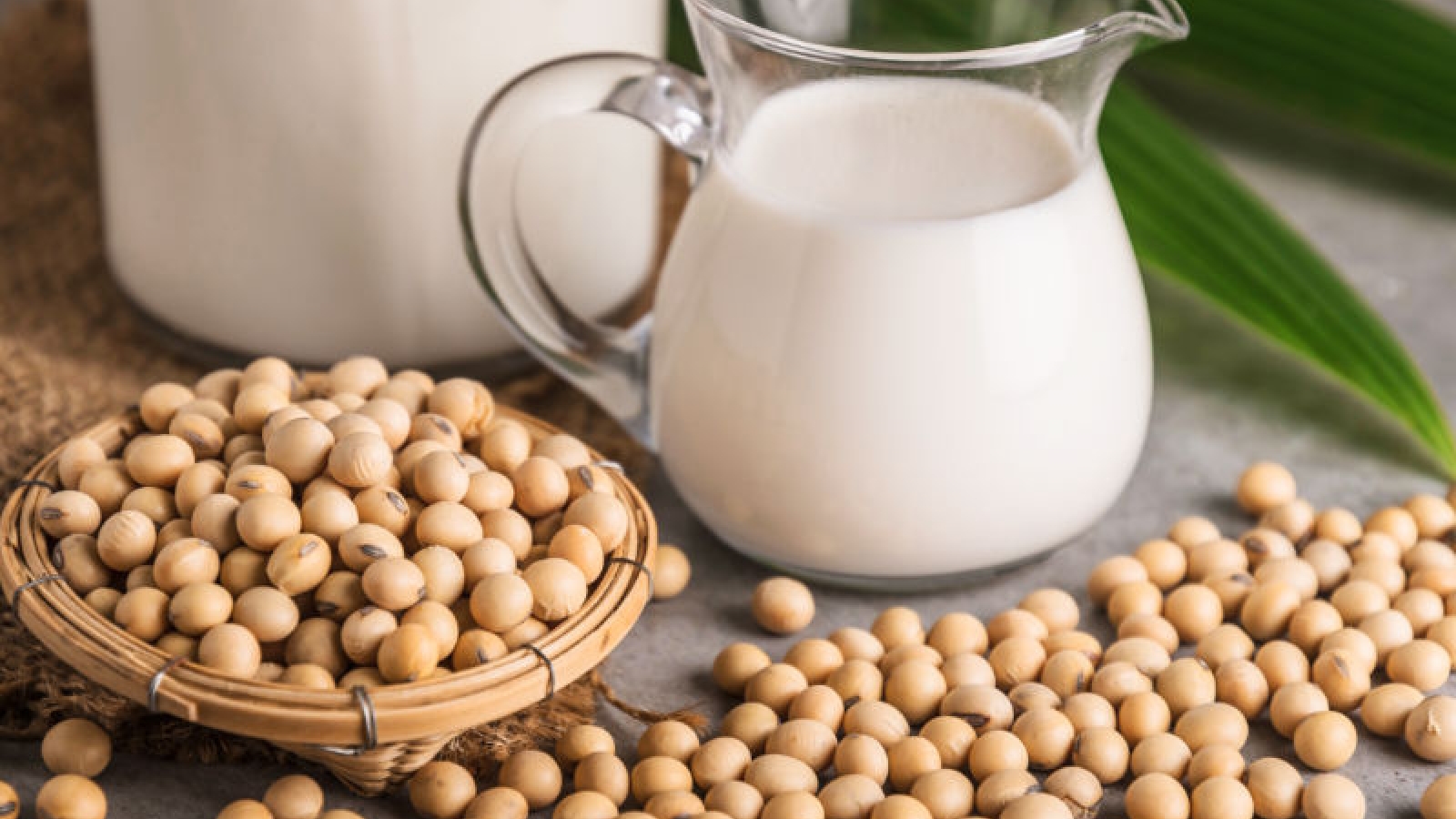 Almond milk’s popularity has steadily been on the rise. A nut milk that comes in varieties of sweetened and unsweetened, diversifies its contribution to the final flavour of a coffee.

Without saying almonds, it tastes nutty with a slightly bitter aftertaste, hence why some opt for the sweetened version of almond milk, depending on the roast used for the coffee itself.

If you like an extra layer of flavour, almond milk offers coffee that dimension. Having said that, it doesn’t have as much protein as dairy milk and could leave your coffee with a layer of wateriness beneath the foam generated. Again, almond milk can split, like soy milk, so it’s important to experiment beforehand. 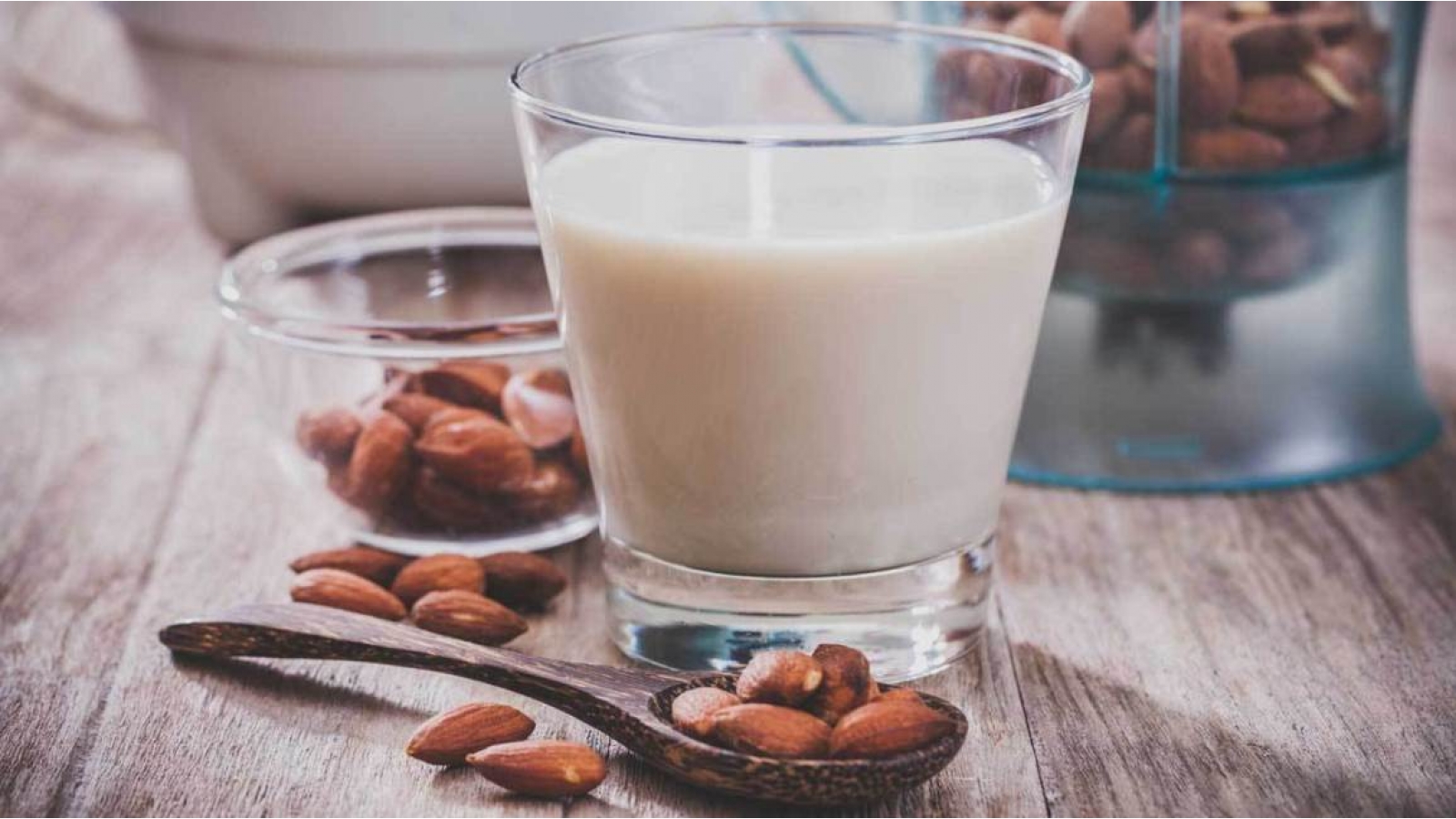 Talk about texture. Coconut milk’s properties are creamy and naturally dense, making it a firm favourite for foam and froth. It also has a lot of healthy fats!

The natural sweetness of a coconut’s flavour is prominent. Some may argue that it distracts from the flavours of the coffee but that would depend on the coffee, of course.

It certainly adds flavour by welcoming an exotic-like experience without the need for any artificial flavourings or sweetners. Moreover, its foam is also more bubbly than dairy milk, giving it a livelier appeal but a quicker disintegration rate. 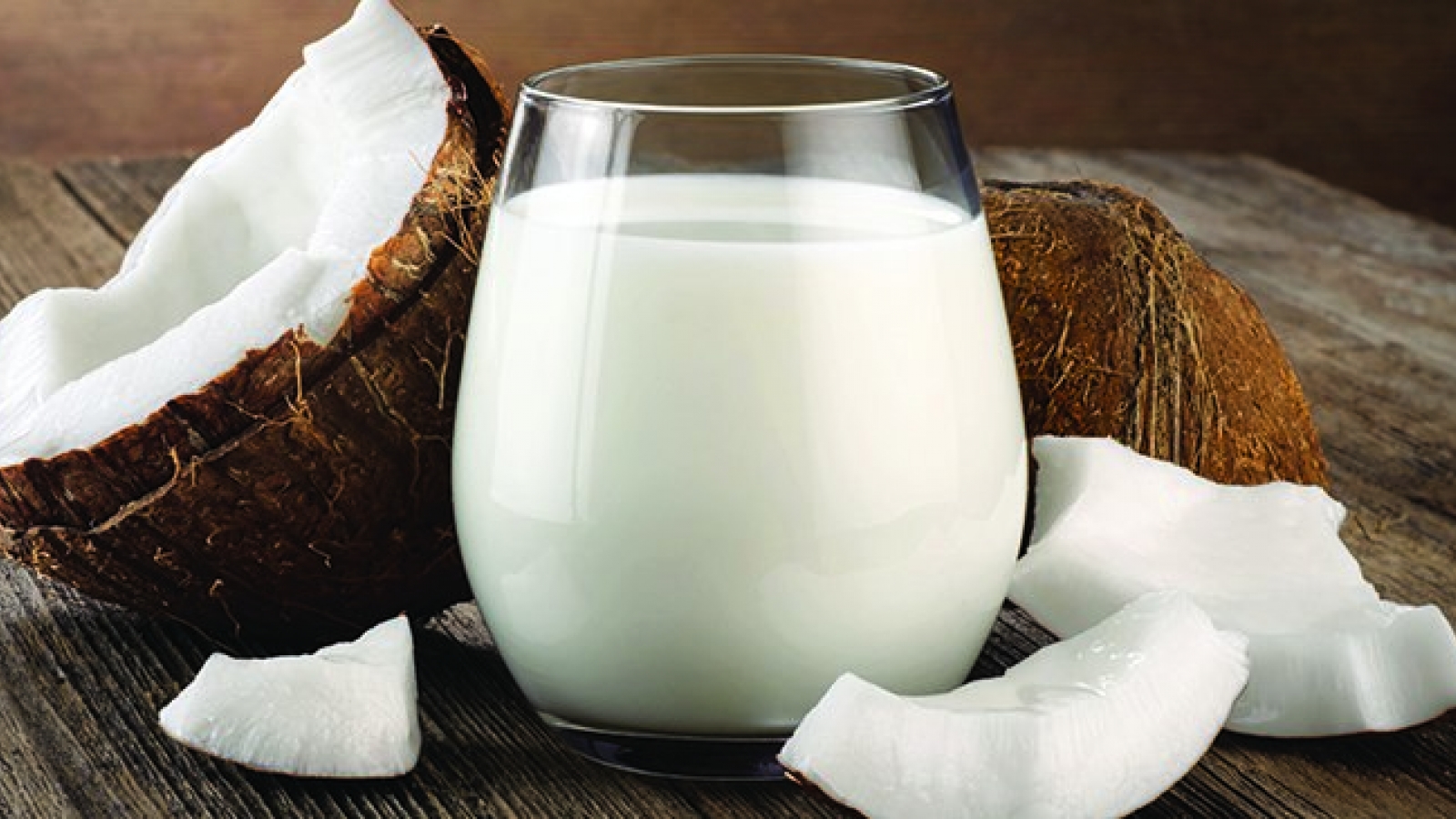 As expected, oat milk carries that wheaty flavour with it. It’s malty notes are favoured by many coffee drinkers already and is probably cow’s milks biggest rival.

Oat milk’s naturally thick, buttery, creamy texture pedestals it alongside dairy milk for texture and flavour.  It does stretch well and create a nice foam, however, like many other plant-based milks, it can split. 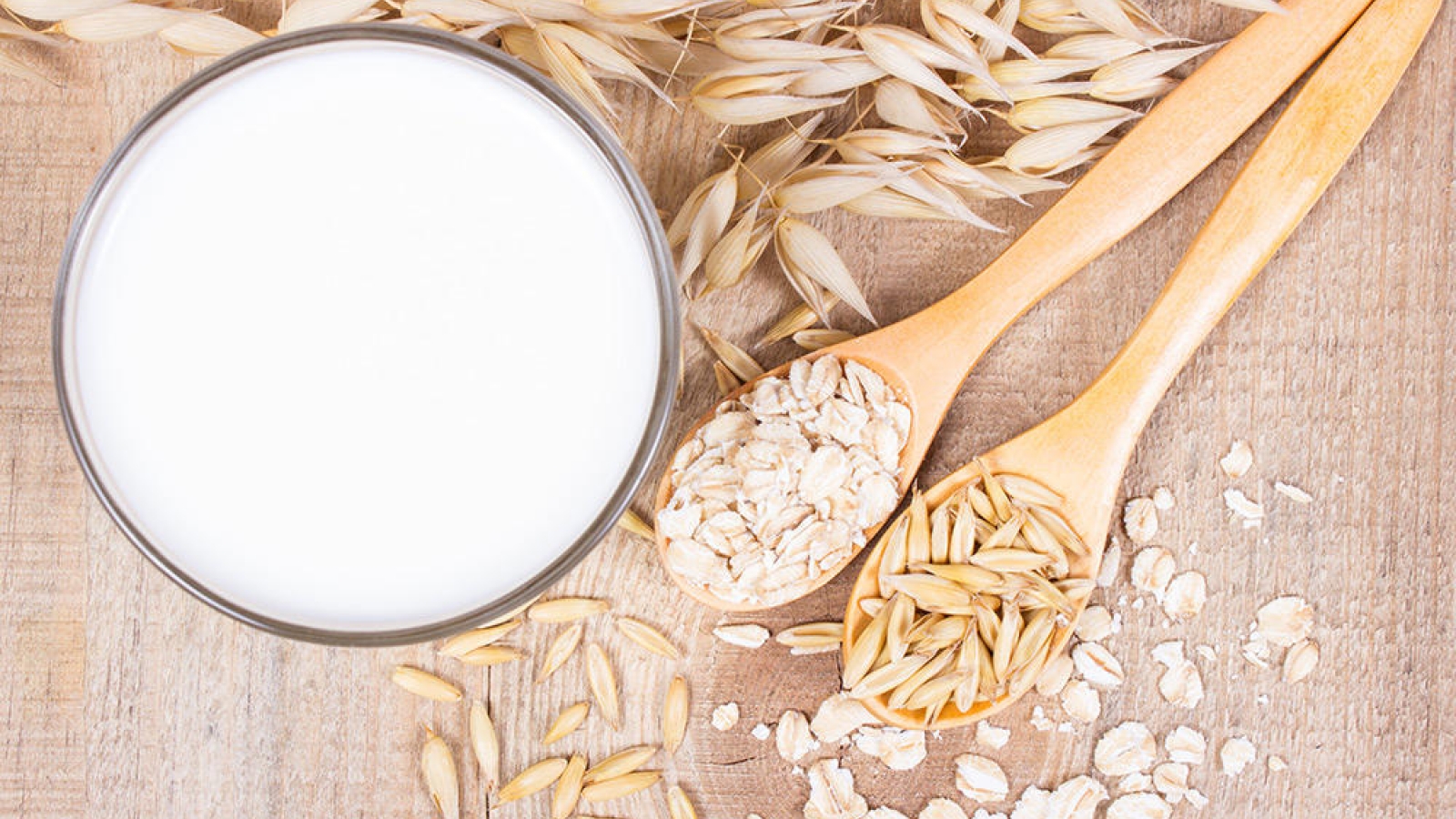 This is another nut milk which echoes similarities to that of cow’s milk but can come at a cost. Cashew nuts can be pricey, compared to other, more common and accessible nuts, therefore can come at a premium.

Cashew milk carries less of the nuttiness you get from other nut milks but does give you a sample of its natural sweet flavour along the way, as well as that creaminess we love!

Cashew milk does give a decent ‘stretch’ but, in doing so, it produces larger bubbles, making the foam less dense, producing a more bubble bath texture. 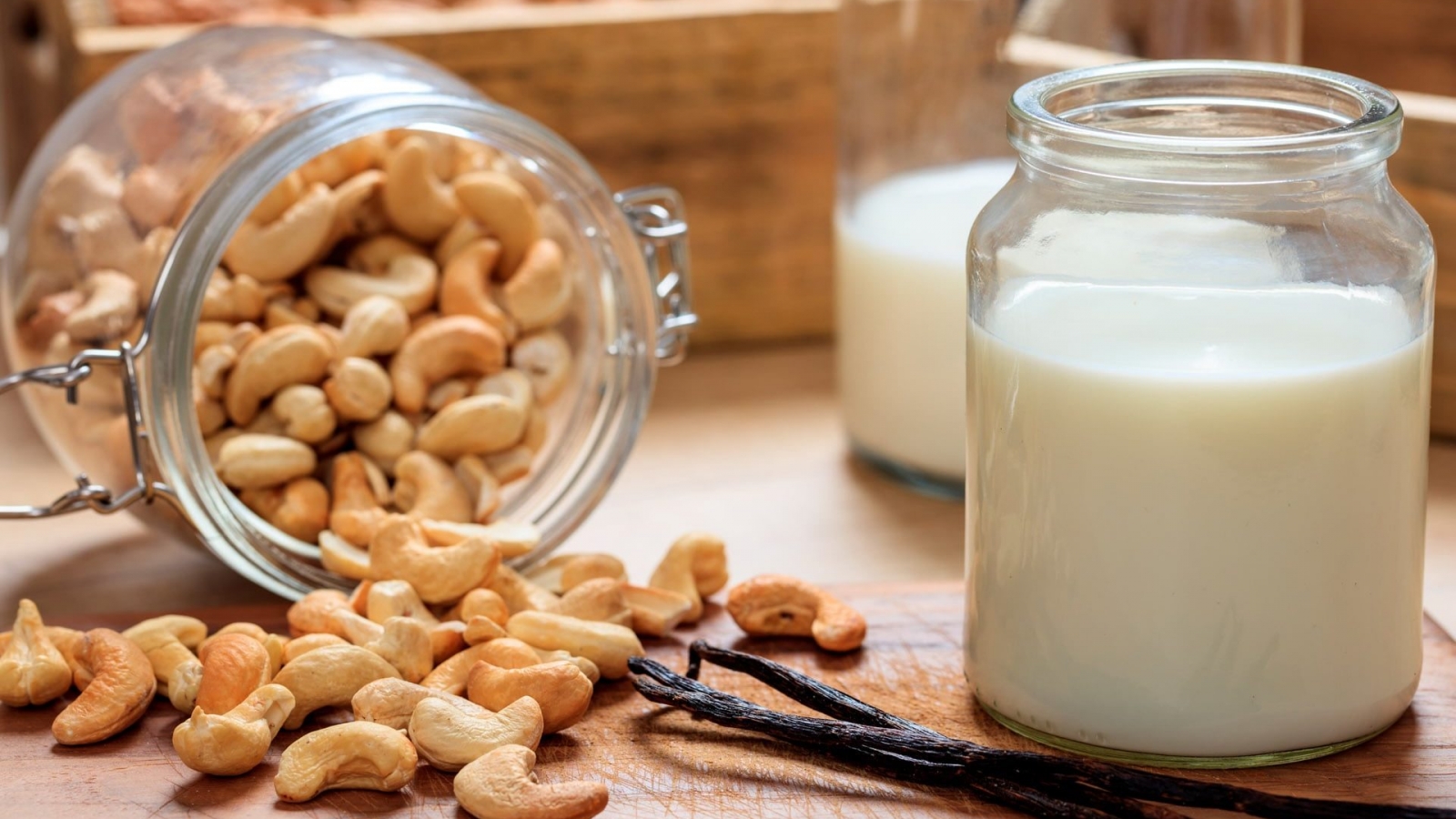 A dairy-free milk, void of both nut and soy, makes rice milk a popular option for coffee drinkers with nut allergies and those who are lactose intolerant. In comparison to other plant-based milks, it is light and refreshing!

As you may well imagine, rice milk does not have a lot of flavour and brings quite a neutral taste, allowing the flavour of the coffee to triumph. On top of that, it is rather watery, which can dilute your coffee somewhat.

It’s not ideal for the speciality coffees we are used to. It’s distinct lack of protein means it does not generate a the foam-like texture you may be looking for. 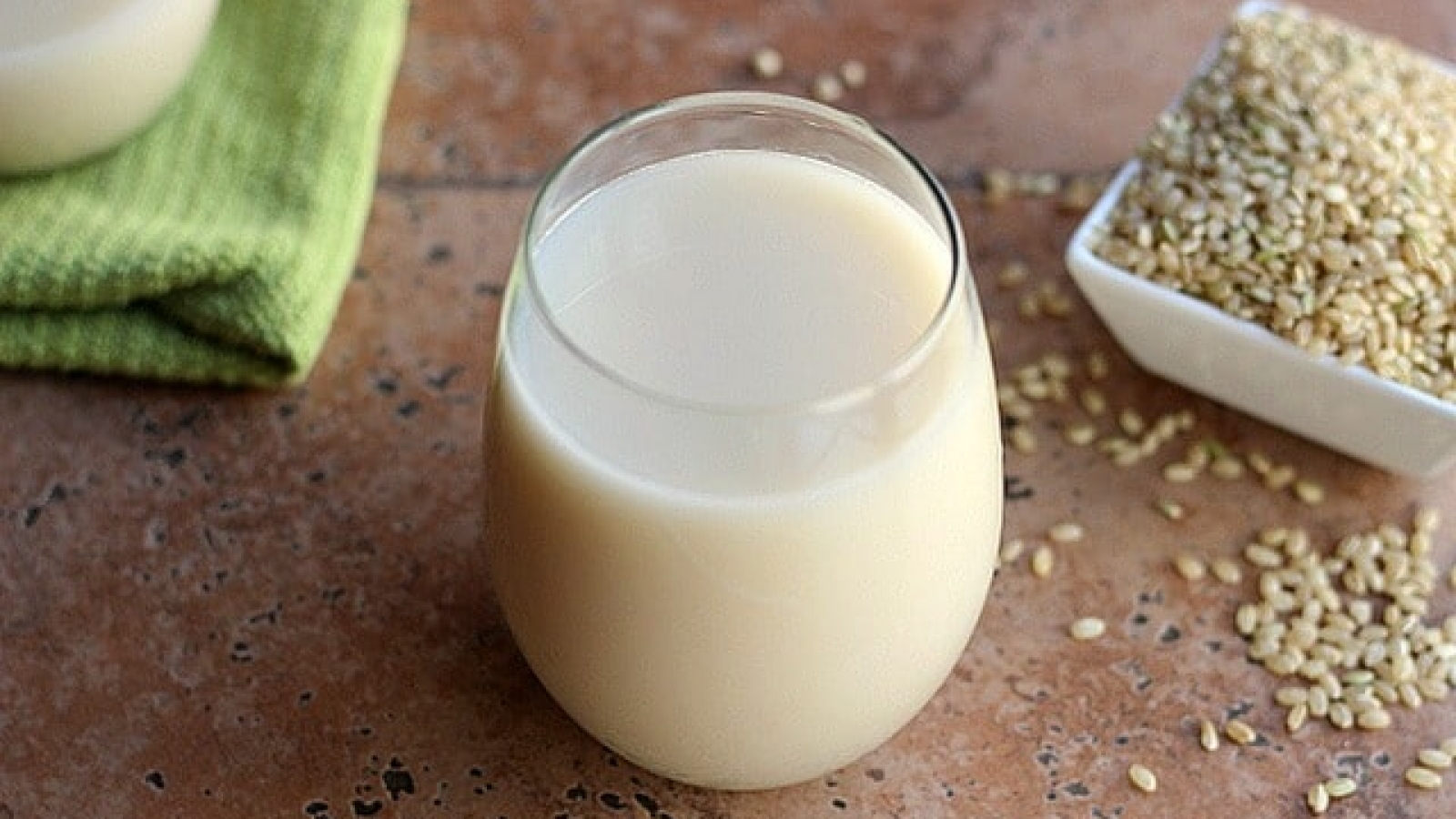 Obviously, there are many health benefits to choosing a non-dairy milk, as well as the clear  environmental successes of it, making the big coffee chains include it on their menus.

Dairy-free living is becoming more common, whether it’s a lifestyle choice or something you have to adapt to due to allergies.

The consumption of milk from animals is on the decline, making plant-based alternatives a lucrative market. Hence why so many brands are concocting multiple offerings, to please the ethically conscious audience.

It’s safe to say, vegan milks are here to stay, and with so many varieties and choices, selecting the best milk for coffee is just a matter of preference. 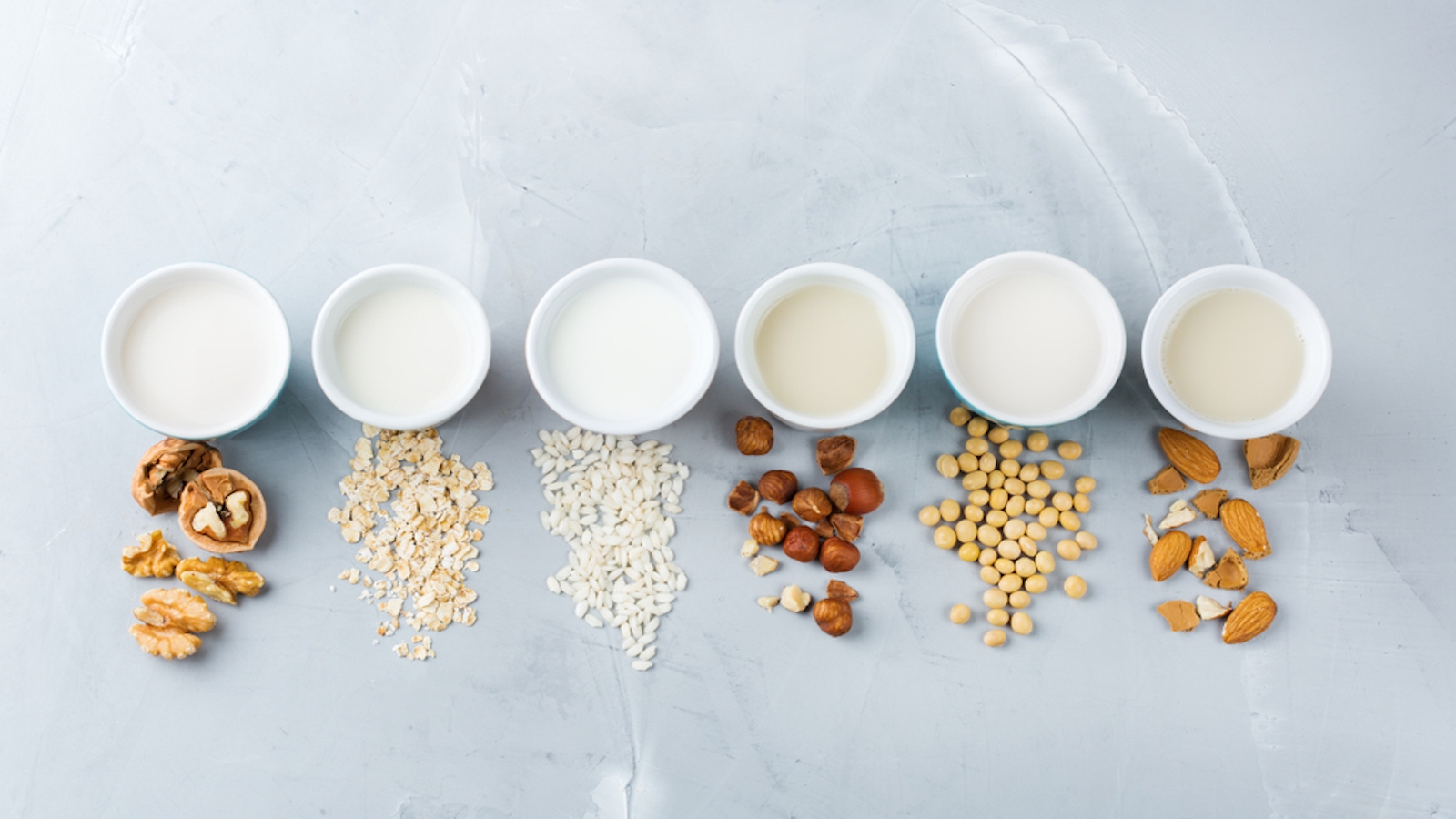 Check out some of our other blogs: 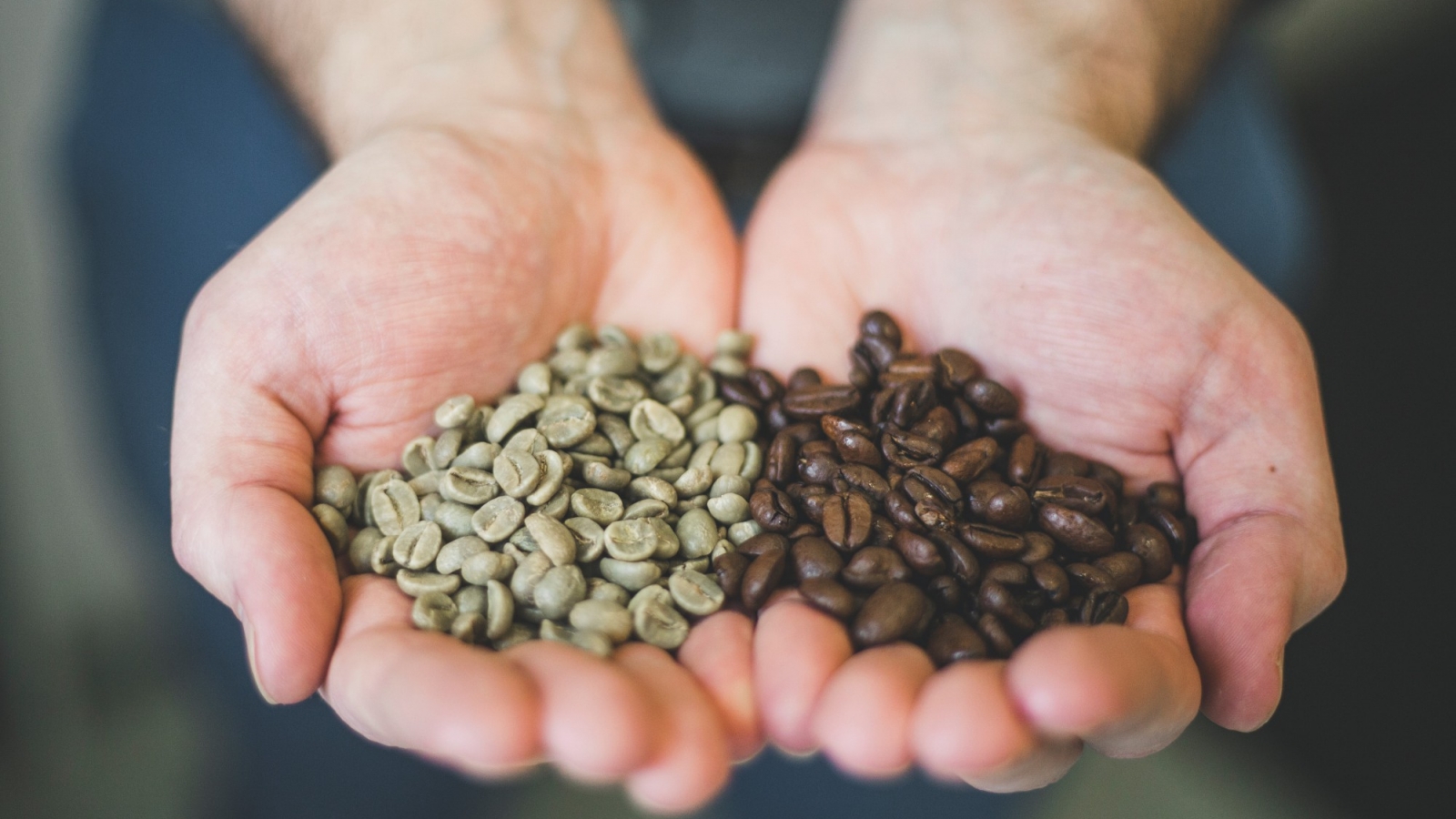 THE ART OF MAKING THE PERFECT COFFEE BLEND 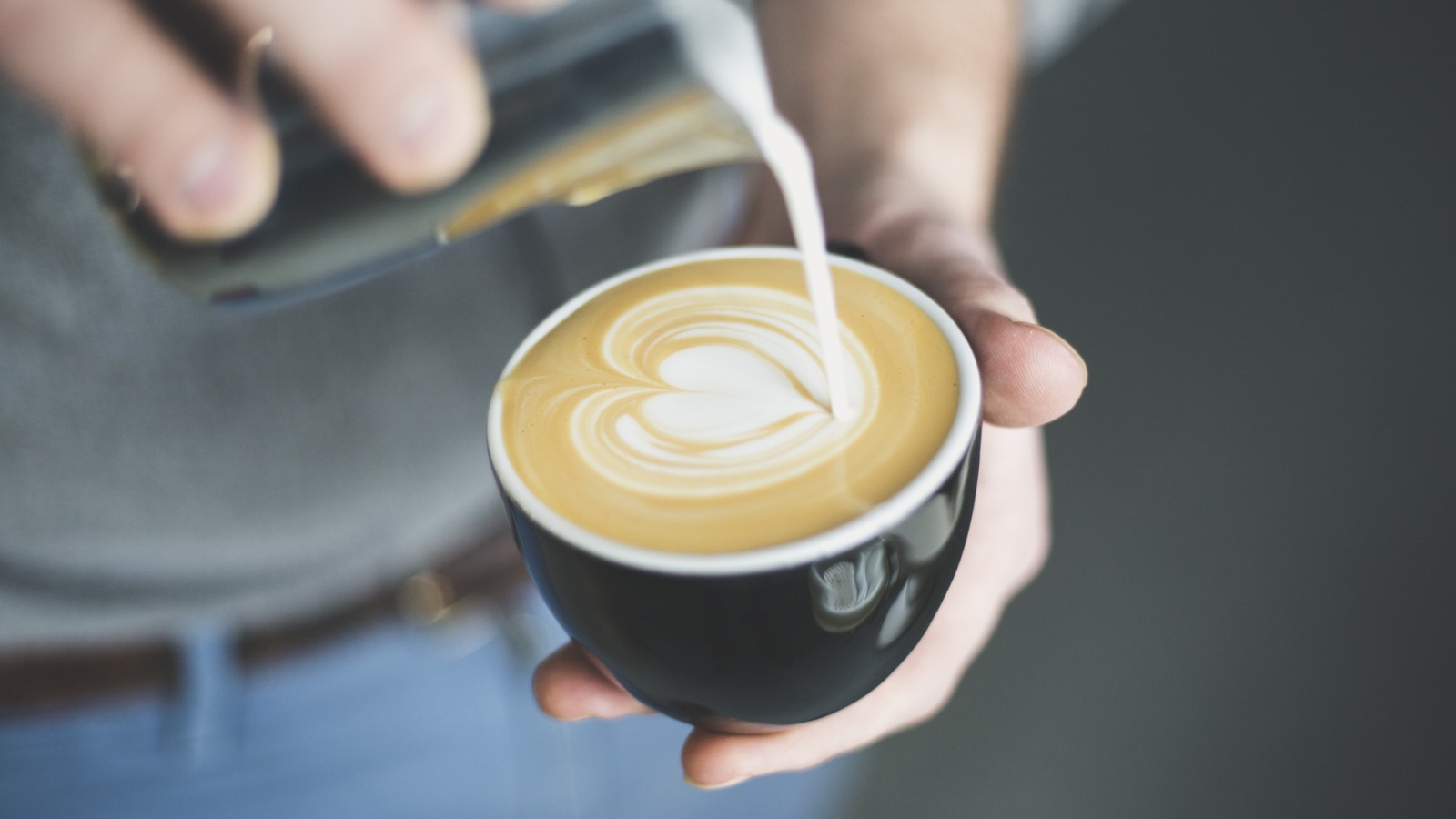 THE PERFECT COFFEE: DOES THE MILK MATTER?